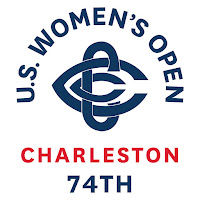 The United States Golf Association (USGA) will conduct golf’s ultimate test for women on the Country Club of Charleston’s Seth Raynor-designed course in Charleston, S.C., from May 27-June 2, 2019.

Rucker, who was born, raised and still resides in Charleston, first gained superstardom as the lead singer and guitarist of the two-time Grammy-winning group Hootie & The Blowfish, which he co-founded while enrolled at the University of South Carolina. In 2008, Rucker began a solo career in country music that has earned him six No. 1 hits and the 2013 Grammy Award for Best Country Solo Performance. Rucker, a longtime advocate for women’s golf, has hosted the Darius Rucker Intercollegiate tournament in Hilton Head Island, S.C., a premier event on the women’s college schedule, since 2009.

“Being born and raised in the Holy City, it is a great privilege to serve alongside golf legend Beth Daniel as an honorary chair of the 2019 U.S. Women’s Open at the Country Club of Charleston,” said Rucker, who also hosts the charity golf events ‘Monday after the Masters’ and ‘Darius and Friends.’ “This area is already buzzing with excitement for the championship, and we can’t wait to welcome the world’s greatest players to Charleston.”

Daniel, also a Charleston native, is a two-time USGA champion, winning the 1975 and 1977 U.S. Women’s Amateurs. She was also a member of the 1976 and 1978 USA Curtis Cup Teams. As a professional, Daniel won 33 times, including one major title, and finished runner-up in the 1981 and 1982 U.S. Women’s Opens. In 2000, she was inducted into the World Golf Hall of Fame. Daniel hosts the Beth Daniel Junior Azalea each year at the Country Club of Charleston and also presents the Beth Daniel Award, which is given to the player with the most South Carolina Junior Golf Association points in a year.

“I am proud to have been asked to serve as an honorary chair with Darius for our national championship,” said Daniel, whose father was a member at Country Club of Charleston when she was growing up. “For the U.S. Women’s Open to be held on the course where I learned to play golf makes this so special. The Country Club of Charleston will be a great test for the competitors and I can’t wait to see it.”

In their roles, Rucker and Daniel will support the second USGA championship at Country Club of Charleston. The club previously hosted the 2013 U.S. Women’s Amateur Championship, won by Emma Talley, 2 and 1, over Yueer Cindy Feng.

“Darius Rucker and Beth Daniel are the ideal chairs for the 74th U.S. Women’s Open,” said Matt Sawicki, championship director. “Not only do they have deep Charleston roots, but they are vocal supporters of women’s golf. Their broad appeal will help shine an even brighter light on golf’s ultimate test.”

To learn more, visit usga.org.
Posted by Blogger at 6:22 PM