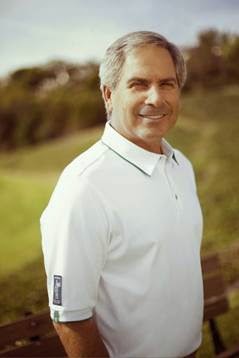 Incorporating elements specific to each player’s major tournament win, Ashworth designers utilized premium fabrics and unique contrast threads throughout to ensure a piece distinctly representative of each player. Each shirt in the series is individually numbered inside of the placket, with the total quantity produced matching the winning player’s total score.

The first Ashworth Major Series golf shirt in the collection is dedicated to Fred Couples’ victory at the 1992 Masters Tournament at Augusta National Golf Club.

Limited to 275 units, Couples’ timeless design includes his signature embroidered inside the back neck, green contrast piping on the neck and has the historic date of his major victory stamped on the second placket button. Couples will wear the specially-designed golf shirt during first round play at The Masters Tournament this year.

“I’ve worn Ashworth on tour since they started in 1987 and believe it’s the best shirt ever made,” said Couples. “Wearing Ashworth is very special to me and I’m excited to wear this new golf shirt at The Masters, where I won my first championship.”

Available in limited quantities, the Fred Couples Ashworth Majors Series Collection will be available exclusively at ashworthgolf.com at an MSRP of $100.
Posted by Blogger at 2:45 PM