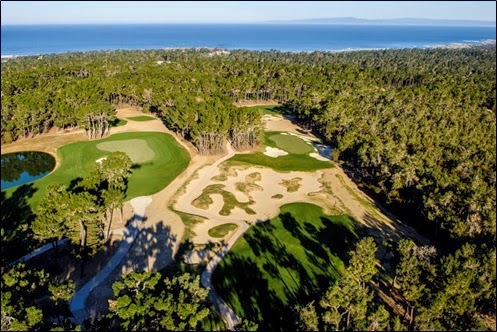 (PEBBLE BEACH, CA) - Now officially reopened for public play, Poppy Hills Golf Course is welcoming back golfers who have been waiting patiently to experience the Robert Trent Jones, Jr. redesign that already has received rave reviews by those getting sneak peek at the new par 71 in Del Monte Forest. 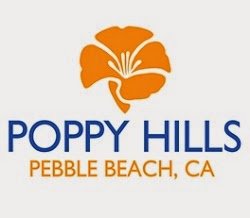 Among the invited guests to the Opening Day Celebration on March 20 was a legion of golf media from across the country, whose reactions to the new Poppy Hills were highly complimentary:
* “… Pretty close to perfect.” – Mike Bailey, WorldGolf.com (Golf Channel)
* “Like Bandon Dunes? You’ll love Poppy.” – Pete Wlodkowski, AmateurGolf.com
* “ Poppy’s eye-popping … so dramatically transformed, it now appears as a different creature altogether.” – Josh Sens, Golf.com (GOLF magazine)
* "At certain points it feels like Pinehurst, other times like Augusta, with dashes of Pine Valley …” – Vic Williams, Golf Getaways magazine
* “This is definitely a part of anybody’s itinerary going to the Monterey Peninsula.”– Matt Ginella, Golf Channel
* And as another writer put it, “The (Poppy Hills) tee sheet is going to be full for a long while, so get on it ASAP.”

Indeed, tee times already are more than 90 percent sold out through much of April. The fee at Poppy Hills is $210 per player, with a significant discount for NCGA members. Golf carts are $25 per player.
Reservations are accepted up to 30 days in advance; groups of 12 or more can be booked one year in advance. For more details about Poppy Hills Golf Course and to reserve tee times, visit www.poppyhillsgolf.com or call (831) 622-8239.

Taking only 13 months to complete the comprehensive renovation, Jones rejuvenated Poppy Hills by restoring each hole to its natural elevation along the forest floor, softening doglegs and contours, and redesigning all 18 greens with bentgrass.

“It has been gratifying that the response to the new golf course has been so positive,” said Brad Shupe, General Manager of Poppy Hills Golf Course. “And it’s exciting to see golfers come off the course smiling and have them come up and say they can’t wait to play it again.”

Apparently the PGA TOUR has the urge to play it again, too, announcing that the all-new Poppy Hills will co-host the Champions Tour’s Nature Valley First Tee Open, teaming with its esteemed neighbor, Pebble Beach Golf Links, from Sept. 22-28.

Shupe added that initial comments about the new Poppy Hills have included golfers noting, “a more natural feel to the golf course, that the redesign was extremely well thought out, and that it’s fun.”
Posted by Blogger at 2:59 PM