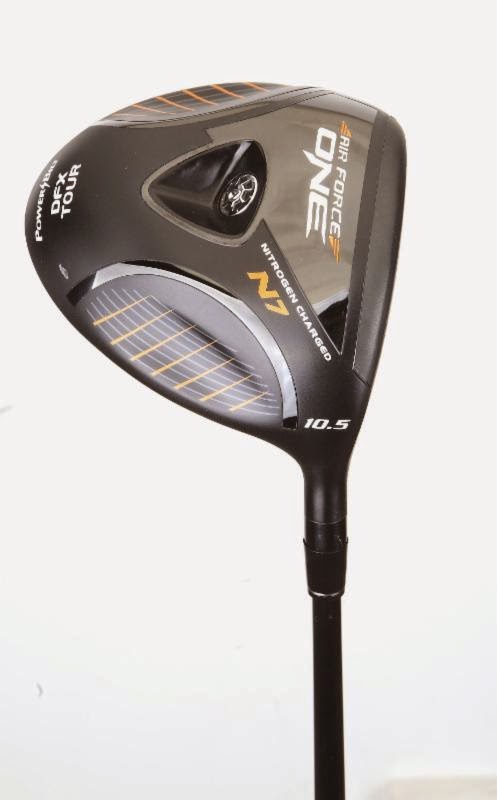 "We are excited to introduce PowerBilt's first true tour head.  Through player input, along with the MyGolfSpy player testing, we were able to analyze all the data and input and develop a top performing Tour head.  With the cg moved forward, and the benefit of the Nitrogen Charged technology, the Air Force One Tour will deliver the most accuracy of any tour head on the market," says Ross Kvinge, President of PowerBilt.

Combined with our Nitrogen Charged Technology -- Powerbilt's patented method to reinforce the clubface without adding weight by pressurizing the clubhead with nitrogen at up to 80 psi -- it allows for the thinnest face in golf. There's no need for internal metal bracing. That in turn boosts trampoline effect, smash factor, ball speed, consistency and accuracy -- all while reducing spin. It's a recipe for incredible distance, without golfers having to worry about any hot or dead spots on the face,  Air Force One clubs have the largest sweet spot in golf -- one that's edge-to-edge, as pressurizing the clubhead with nitrogen creates equal pressure across the entire clubface.

Golfers can order the Air Force One DFX Tour driver by calling 888-488-4653 or visiting www.powerbilt.com.
Posted by Blogger at 8:41 AM