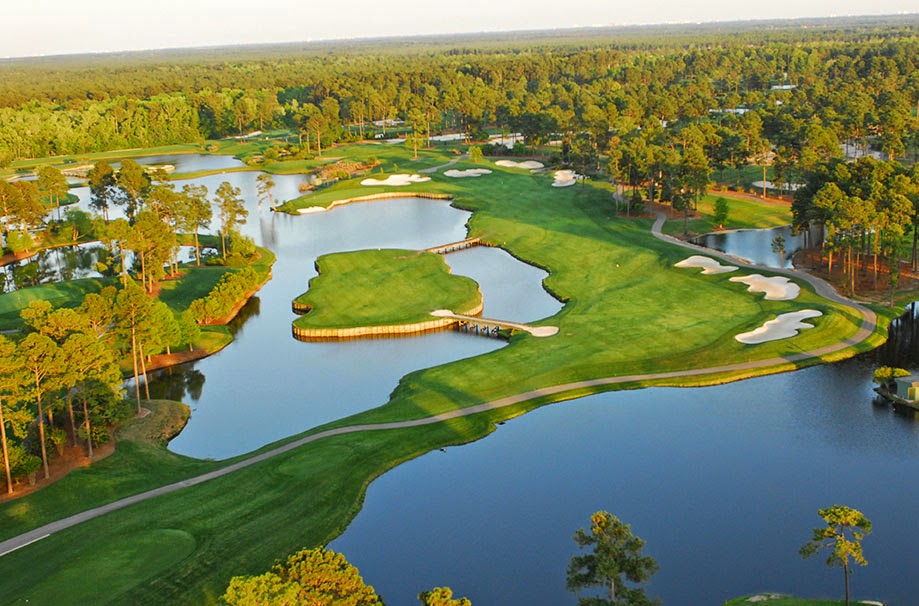 (Myrtle Beach, S.C.) - South Carolina is widely regarded as one of America’s most golf rich states, and Myrtle Beach is the epicenter of the Palmetto State’s popularity and prestige.

Golfweek magazine recently released its always-anticipated State-by-State Courses You Can Play Rankings, a list of each state’s top public courses, and the Myrtle Beach area dominated the list of South Carolina’s best.

According to Golfweek, 11 of South Carolina’s top 15 public courses reside along the Grand Strand. Caledonia (No. 3) and the Dunes Club (No. 4), a pair of consensus top 100 public courses, led Myrtle Beach’s charge, but they had plenty of company.

On the North Carolina side of the state line, Tigers’ Eye at Ocean Ridge Plantation was the 11th ranked course in the Tar Heel State.

“The depth and quality of Myrtle Beach’s golf offerings are unmatched,” said Bill Golden, Myrtle Beach Golf Holiday’s president. “Having 11 of the top 15 public courses in South Carolina is a testament to the quality of our golf, and I think it speaks to why the area is so popular with the game’s most important constituency – its players.”

Tidewater is arguably the Grand Strand’s most scenic layout. With holes that play along Cherry Grove Inlet and the Intracoastal Waterway, in addition to offering views of the Atlantic Ocean, Tidewater is a stunning design.

The Love and Fazio courses anchor Barefoot Resort, one of golf’s premier four-course resorts. Davis Love III crafted his first high profile design at Barefoot and the results were spectacular, particularly the fourth through sixth holes which play around the faux ruins of an old plantation home.

The Fazio Course, as visually pleasing at it is challenging, is one of two Myrtle Beach layouts designed by Tom Fazio on the Golfweek list, joining TPC Myrtle Beach. TPC, which has been ranked as one of America’s 100 Greatest Public Courses by Golf Digest, has hosted the Senior Tour Championship as well.

Grande Dunes’ Resort Course, also a host of the PGA PNC in 2014, has been one of the area’s most popular courses since its 2001 opening. With seven holes that play along the Intracoastal Waterway, it’s an unforgettable layout.

Heritage, Pine Lakes and King’s North reentered the list this year. Heritage is a classic lowcountry layout that weaves between soaring live Oak trees draped in Spanish moss. The combination of natural beauty and some of the area’s most diabolical greens makes for a challenge golfers can’t pass up.

King’s North is an Arnold Palmer design and one of the area’s iconic layouts.

The sixth hole, known to nearly everyone who has taken a Myrtle Beach golf trip as The Gambler, is of the area’s most renowned holes.

Pine Lakes, which was Myrtle Beach’s first course – it opened in 1927 – oozes with history and Southern Charm. Sports Illustrated was founded at the facility and its architect, Robert White, was a St. Andrews, Scotland native and the first president of the PGA of America.

For more information on Myrtle Beach golf, visit www.MyrtleBeachGolfHoliday.com.
Posted by Blogger at 8:20 AM