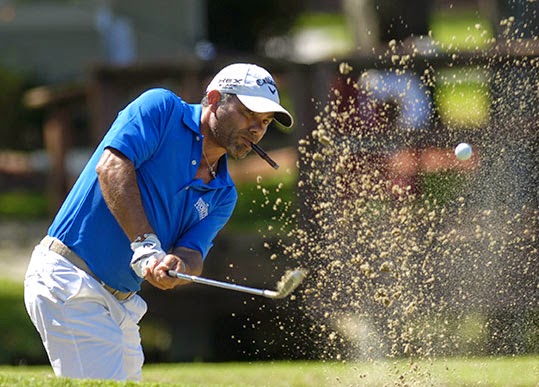 In its 32nd Year, Golf’s Most Inclusive Amateur Event is Expected to Attract 3,400+ Players

(Myrtle Beach, S.C.) - The 32nd annual Myrtle Beach World Amateur Handicap Championship, the world’s most popular and inclusive single-site tournament, is now accepting entries. The event, which is expected to attract more than 3,400 players from across the globe, will be played August 31 – September 4 in Myrtle Beach, S.C.

Registration for the four-day, 72-hole tournament is $475 through May 15, a $100 savings off the regular entry fee of $575.  Players can register online at www.MyrtleBeachWorldAmateur.com.
Participants that register by April 7 will be eligible to win more than $10,000 in random drawing prizes tournament organizers are giving away. Included among the items are two sets of TaylorMade AeroBurner irons, 12 AeroBurner Drivers, and eight TaylorMade Ghost Tour Black putters.

Golfers from more than 30 countries will play on more than 60 of Myrtle Beach’s best courses as part of the tournament. Among the renowned layouts that will be hosting the event are the Norman, Fazio and Love courses at Barefoot Resort, Caledonia Golf & Fish Club, True Blue Golf Plantation and Tidewater Golf Club.

The World Am is a net stroke play event that flights players into five competitive divisions based on age, gender and handicap. After four rounds of competition, all flight winners and ties advance to the World Championship Playoff, where a champion is crowned.

While competition is at the heart of the World Am’s appeal, it’s only half the fun. A participant’s entry fee also includes nightly admission to the “World’s Largest 19th Hole” at the Myrtle Beach Convention Center. The 19th Hole, which utilizes 120,000-square feet in the convention center, provides players free food, open bar, equipment demos, live entertainment, a 60-exhibitor golf expo and more.

World Am players are flighted according to USGA indexes with competitive divisions ranging from men / women under 49 years old to super seniors 70 and above. The event’s inclusiveness is apparent in its past champions as winners with handicaps as low as three and as high as 34 have won. Four women have hoisted the championship trophy.

The World Am is a Myrtle Beach Golf Holiday event.
Posted by Blogger at 10:54 AM