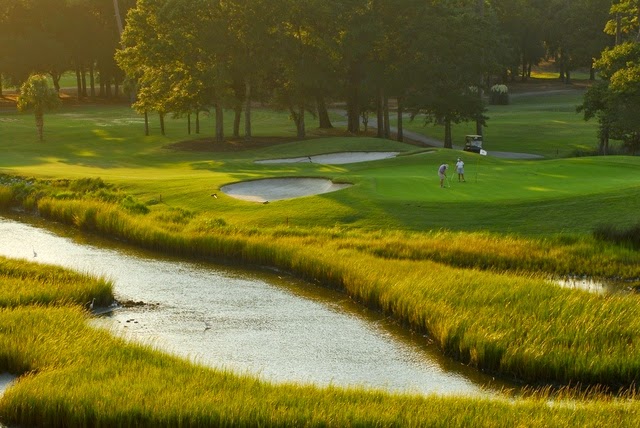 Fifteen teams from across the country will compete in the 54-hole event, which has been a proving ground for players who have gone onto to PGA Tour stardom. Among the future Tour pros that have participated in the event are Coastal Carolina alum Dustin Johnson, Patrick Reed, who teed it up for Augusta State, former Wake Forest star Bill Hass, and Brandon De Jonge, who participated as a Virginia Tech Hokie.

Eleven of the previous 13 General Hackler Championships were hosted by TPC Myrtle Beach.

The Hackler will be another in a long line of events hosted by the Dunes Club, which is ranked 26th on Golf Magazine’s list of America’s best courses and No. 50 on the Golf Digest list. A classic Robert Trent Jones, Sr., design, the Dunes Club has hosted the U.S. Women’s Open, six Senior PGA Tour Championships, the finals of PGA Tour Q-School, and in 2014 it was home to the PGA Professional National Championship.

The Dunes Club has also been selected by the USGA to host the 2017 U.S. Women’s Amateur Four-Ball.  The course, which began construction in 1948, is the Myrtle Beach area’s most famed layout. From the outset, the course attracted national attention and it raised the profile of the entire destination along with it.

Starting with a clubhouse that overlooks the Atlantic Ocean, the Dunes Club delivers a special experience. The classically designed course plays over naturally rolling land and combines superior design work with beautiful piece of coastal property. The layout’s most renowned stretch is Alligator Alley - holes 11 through 13 - capped by the par 5 13th, a 90-degree dogleg right that plays around Lake Singleton.  Major General James F. Hackler was a distinguished military leader and following retirement became a leading citizen and entrepreneur in the Myrtle Beach area. General Hackler was a proud member of the Dunes Club and served as Club President in 1982.  He was a dedicated supporter of Coastal Carolina University for over 30 years, and was recognized for his contributions and devotion to the University in 2009 by being awarded an Honorary Doctorate in Public Service.

General Hackler retired in 1969 to Myrtle Beach, S.C., so he could pursue a business career. Hackler was a hotel, golf course and restaurant developer, owner and operator. He was a pioneer in the development of the golf packaging business. Hackler was one of the original group of Grand Strand citizens whose visionary ideas resulted in the area becoming the recognized world leader in
golf tourism.

The General was also a noted amateur golfer. He played collegiately at West Point where he was captain of the golf team.
Posted by Blogger at 9:48 AM