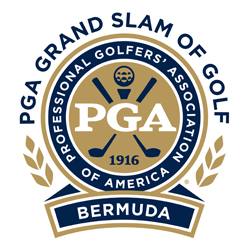 Port Royal Golf Course joins the Fairmont Southampton as the official hotel site for the PGA Grand Slam of Golf in Bermuda. The 6,845-yard, par-71 Port Royal is a public course that opened for play in 1970.

Hosted by the Bermuda Department of Tourism, Port Royal Golf Course, and the Fairmont Southampton Hotel, The PGA Grand Slam of Golf was established in 1979 and has grown from an 18-hole, single-day event to a 36-hole annual showdown that matches professional golf’s best against each other. Keegan Bradley, who captured the 2011 PGA Grand Slam of Golf title at Port Royal, takes the place of reigning PGA Champion Rory McIlroy who had previously committed to compete in the BMW Masters in Shanghai, China, while Ernie Els is returning for his fourth trip to the Grand Slam, having captured the title in 2010.