(CARLSBAD, Calif.) - Callaway Golf Company announced that Staff Professional Tommy "Two Gloves" Gainey won the McGladrey Classic at the Sea Island Golf Club on Sunday with a full bag of Callaway clubs, including the Company's flagship RAZR Fit Driver and its HEX Black Tour Ball. Gainey posted an incredible final round performance, shooting a 10-under 60 to come from seven shots off the lead to win. Gainey's 60 was the lowest round on the PGA Tour this year and it helped him secure his first career PGA Tour win. 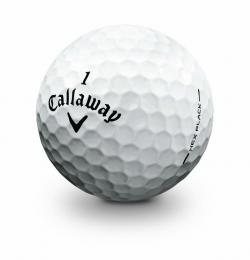 Besides the RAZR Fit Driver and the HEX Black Tour Ball, Two Gloves used RAZR X Forged Irons, Callaway Forged Wedges (50°, 54°, 60°) and he caught fire with his Odyssey Backstryke Blade Putter to earn the victory. His Odyssey putter, which has been in the bag since 2010, is an innovative, T-shaped model with a stroke balance shaft. He ranked second in the field in putts per round, second in putts per GIR, third in strokes gained - putting, and he needed just 24 putts during the final round. The Camden, SC-native also hit 79.2% of greens for the week, including 16 of 18 greens on Sunday.

When asked post-round what had come around for him this week, Gainey was quick to answer: "Well, actually Callaway. Callaway has supplied me with a new set of golf clubs, a new set of irons, the RAZR X, and I'll tell you what, they worked out pretty well for me this week," he said. "So I'm happy to be on Team Callaway."

Gainey first gained national exposure as a contestant on Golf Channel's "Big Break V" and later won "Big Break VII". He developed the habit of wearing two gloves after playing baseball as a kid, and he made a living as an assembly line worker in South Carolina before he pursued a professional golf career. Gainey has competed on the Gateway Tour, Hooters Tour, Egolf Tarheel Tour, Nationwide Tour (now the Web.com Tour) and the PGA Tour. He first competed on the PGA Tour in 2008 and played full-time on the Nationwide Tour in 2010. He won two Nationwide events that year, finished fourth on the final money list and secured his PGA Tour card. Since joining the PGA Tour, Gainey has drawn plenty of fans with his humble attitude, homemade swing and preference for wearing two golf gloves when he plays.