Scottish star snags the most lopsided victory of the final round 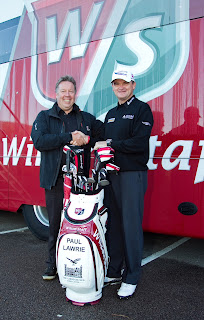 Lawrie re-signed a multi-year deal with Wilson Staff on the eve of the Ryder Cup. “Wilson Staff clubs have been central to me playing the best golf of my career and so I’m delighted to be able to commit to the brand once again,” commented Lawrie while putting pen to paper.

He also began testing new prototype Wilson Staff FG Tour TC wedges during the week of the Ryder Cup, and is expected to put them into play soon.

Details about Wilson Staff irons and wedges can be obtained from Alessandra Bollero at alessandra.bollero@wilson.com.