(PHOENIX) – On the heels of completing the first season of the California PING Junior Interclub, Junior Golf University announced Skullcandy as a new sponsor of its flagship program.  Coincidentally, one of the company’s main offices is in San Clemente, Calif., the same area where the inaugural California PJI season launched earlier this fall. 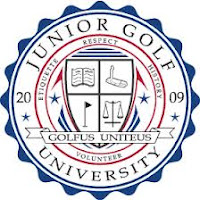 Founded in 2003, Skullcandy is a leading audio brand with a passion for sports.  The company is focused on the youth lifestyle, providing innovative and distinctive products to the audio market in more than 70 countries.

The sponsorship will benefit both organizations.  In 2013, the PJI will expand to five new markets, introducing the Skullcandy brand and team-based tournaments to more than 1,000 junior golfers.

“We are excited to have Skullcandy as a sponsor of the PING Junior Interclub,” said John Souza, Executive Director of Junior Golf University.  “We both seek to reach youth, providing products, services and opportunities that complement their lifestyle.”

The PJI tournament series is managed by JGU, a 501 (c)(3) non-profit organization in Phoenix, Ariz.  The PJI provides junior golfers (boys and girls, ages 12-18) with team-based tournaments.  Five-person teams are formed by private, public and resort-style golf courses.  Each team competes in four or five PJI Divisional tournaments, one event hosted by each course within a Division.  Top finishers from each Division advance to post-season play.

JGU provides online tournament management for PJI events and administrative support to PJI teams. In 2008, eight teams from the Phoenix area participated in the first season of the PJI. The program has experienced tremendous growth, expanding in 2012 to 72 teams with more than 500 junior golfers in four states.