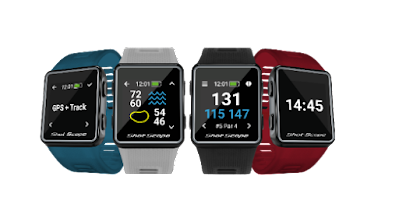 (Edinburgh, UK) – Shot Scope (www.shotscope.com), a leading international manufacturer of GPS-based golf management systems, including the award-winning V3 Smart Golf Watch, today announced the Company’s products have recorded 100 million golf shots.  Surprisingly, over the past four years Shot Scope has recorded 50 million golf shots, while in the past 10 months alone it added 50 million more, which is a strong testament not only to Shot Scope product technology, but the growing popularity of golf around the world.

“Everyday tens of thousands of golfers all over the world use our GPS Smart Watches and rangefinders to manage their golf games, and track their performance,” said David Hunter, CEO, Shot Scope. “To reach the 100 million shot mark, with 50 million coming in less than a year, shows that not only is golf surging right now, but golfers are committed to game improvement more than ever.”

Hunter adds, “Capturing golfer performance data is the key to helping players see rapid improvement and thanks to the tracking capabilities of our smart golf watches, thousands of players have reduced their handicaps.”

In addition to helping golfers lower their scores, the data captured by Shot Scope has enabled the Company to create a wealth of information that highlights where golfers are trending with shot making and how they manage their game on the course. Among the key data points aggregated from Shot Scope’s 100 million recorded shots include:

- Under-club on approach shots … golfers are missing the green short 46% of the time.

- Scores are made with long and short putting … For higher handicap players, lag putting and getting inside 4ft is key to improvement, while lower handicaps have better rounds when holing out inside 6ft more often.

- Golfers should avoid the sand … Fairways bunkers cost an average of 1.4 shots per hole and at first attempt the ball is left in a greenside bunker by a staggering 20% of golfers.

- Across all abilities the smallest difference in performance, surprisingly is on fairways hit accuracy … lower handicap players don’t hit as many fairways as assumed, for they are better from the rough and better when out of position compared to higher handicaps.

Adds Hunter, “What makes Shot Scope data so important is that we track golfers of all handicap levels across 100 countries, including the US, UK, Canada, Japan, Australia, New Zealand, Europe and Argentina. Thus, we have our finger on the pulse of game improvement worldwide and our GPS Smart Watch technology is showing measurable success among every type of player.”

As part of its Performance Tracking Platform, Shot Scope recently unveiled its 2021 Strokes Gained e-Book, which offers a complete benchmarking of traditional performance statistics, comparing golfers of handicap levels and how they perform in the following areas: Average Score to Par; Fairways in Regulation; Greens in Regulation; Short Game Up & Down; Average Putts Per round; and Average Number of Penalty Shots Per Round. The book, which is available for free download at https://shotscope.com/golf-ebooks/, includes a detailed analysis on the limitations of these traditional statistics, as well as an in-depth presentation on strokes gained and how to best evaluate data for marked game improvement.