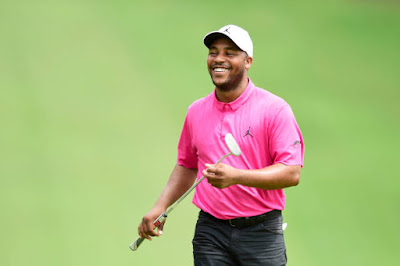 This partnership was shepherded by the Kiawah Island Club, in concert with their Advance Kiawah initiative, whose vision is to enable racial, social, and economic progress that outlives this moment in time and transforms Kiawah Island into a community that leads both locally as well as across its state and nation. Varner, whose HV3 Foundation is dedicated to providing affordable access to youth in sports, knows the importance of access when it comes to playing golf. As a child, his love for the game was developed at a municipal course in Gastonia, North Carolina, which allowed children to play the course on summer weekdays for $100. This opportunity helped Varner and his family clear a significant financial hurdle, giving him the chance to hone skills that would eventually take him to the PGA Tour.

“Harold is not only a world class golfer, but a relentless advocate for expanding children’s access to sports. His personal dedication – and the mission of his foundation – align perfectly with those of the Kiawah Island Club, as well as our Advance Kiawah initiative, and we believe we can achieve substantive results through this partnership,” said Chris Randolph, partner at South Street Partners, master developer of Kiawah Island and owner of Kiawah Island Club.

“If it wasn’t for the junior golf program at Gastonia Municipal, I wouldn’t be on the Tour. This is my way of giving back,” said Harold Varner III, PGA Tour pro and founder of HV3 Foundation.

Varner created his HV3 Foundation in 2019 to create awareness about the rising cost of youth sports as well as providing kids with affordable opportunities to play golf. Through after-school programs, camps and instruction, or financial assistance for equipment, HV3 foundation has helped offset barriers to entry through his personal funding, fundraising, donations and sponsorships. The HV3 Foundation hosts an annual invitational tournament for junior golfers and is the tournament title sponsor for an American Junior Golf Association All-Star event. The HV3 Foundation will host their 2021 annual charity tournament at the Kiawah Island Club on Kiawah Island.

In December 2016, Varner earned his first professional golf victory by winning the Australian PGA Championship, a tournament co-sanctioned by the PGA Tour of Australasia and the European Tour. He is only the second American to win the Australian PGA Championship and the third black man to win on the European Tour after Vincent Tshabalala of South Africa and Tiger Woods.

Golf engagement surged throughout the U.S. in 2020, with about 60 million more rounds played than in 2019, and the pandemic contributed to an increase of 630,000 additional junior golfers (ages 6-17), according to the National Golf Foundation.

The HV3 Foundation was created by PGA Tour golfer Harold Varner III and is committed to providing affordable access to youth in sports. https://hv3foundation.org