Whirlwind Golf Club To Host The "Let Them Play Classic"

(Scottsdale, Ariz.) – In partnership with Barstool Sports, Whirlwind Golf Club at Wild Horse Pass in Chandler, Ariz. will host the “Let Them Play Classic” on Thursday, May 20th and Friday, May 21st. The Let Them Play Classic is a consolation tournament for the Baton Rouge, Louisiana NCAA Women’s Regional which was cancelled on May 12th due to tournament officials deeming the host course “not playable at a championship level.” 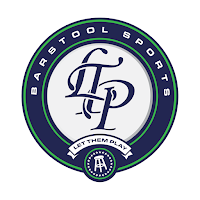 The Let Them Play Classic is the creation of Sam “Riggs” Bozoian from Barstool Sports, who after seeing NCAA’s decision and the social media backlash, worked to find a solution to host a tournament in Arizona prior to the NCAA Women’s Championship Finals to be held at Grayhawk Golf Club in Scottsdale, Arizona, May 24 – 26. Riggs reached out to Troon, which manages 51 golf courses in Arizona, to help find a course capable of hosting a championship-level event in less than a week. Troon officials connected Riggs with Whirlwind Golf Club General Manager Louie Unga late Thursday afternoon (May 13th) at which time Unga and the Gila River Indian Community, owners of Whirlwind Golf Club, offered to host the event free of charge.

Riggs and the Barstool Sports team are currently working with the NCAA and school officials from Oregon State, Houston, Miami FL, North Texas, Purdue, Mississippi State, Tulsa, Sam Houston State, Kennesaw State, East Tennessee State, Jacksonville State and Quinnipiac on travel arrangements and compliance regulations. In order for the event to meet compliance standards, the players must compete as "unattached individuals," though they will be allowed to wear team gear and can be identified as playing for their team. An individual title will be awarded, but any team competition at the Let Them Play Classic will be unofficial. Barstool Sports’ goal of covering team expenses will also be permitted, including transportation, lodging and meals.

“The opportunity to be a part of this event and to help these amazing collegiate athletes finish their seasons on a high note was more than appealing to us,” said Unga. “We are excited to welcome these golfers to our facility and look forward to a great few days of competition.”

The Let Them Play Classic will be played on Whirlwind’s two Gary Panks-designed golf courses –The Cattail and Devil’s Claw. Tee times begin at 9 a.m. on Thursday May 20th with competitors playing 18 on Cattail followed by 18 on Devil’s Claw in the afternoon. Friday’s Final Round will be played on Cattail beginning at 9 a.m. Spectators are allowed to attend; however, golf carts will not be made available to spectators.

Since opening in 2000, Whirlwind Golf Club has established itself as one of Arizona’s top professional tournament venues, having hosted events for the PGA of America, the USGA, and the former Web.com Tour's Gila River Golf Classic.