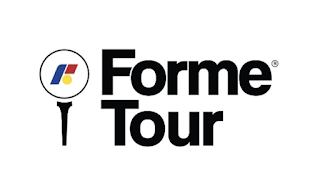 (PONTE VEDRA BEACH, Florida) — The PGA TOUR announced the creation of the Forme Tour for current PGA TOUR Canada members as a result of restrictions and other COVID-19-related issues at the U.S.-Canadian border. For 2021, PGA TOUR Canada members will be given access to the Forme Tour, allowing them the ability to compete in a series of U.S.-based events between June and September.

The Forme Tour is sponsored by Forme (https://forme.science), a wellness-technology company that designs therapeutic wearables to optimize neck and spinal alignment, correct posture and boosts recovery. The Forme Tour will continue to provide Official World Golf Ranking points and is planning an eight-tournament schedule played during the summer. The top-five points earners earning 2021-22 Korn Ferry Tour membership along with others advancing to the second and final stages of the Korn Ferry Tour Qualifying Tournament.

“We are excited to offer this opportunity to our PGA TOUR Canada members, and our commitment is to continue to do business with high-caliber golf courses,” said Greg Carlson, Executive Director of the Forme Tour, who previously filled the same role for seven years for PGA TOUR Series-China. “Forme® has shown a willingness to support these players in their career endeavors, and we’re extremely happy to work with such an impressive company and with facilities like the Auburn University Club and TPC River’s Bend—centerpiece sites of our season. We look forward to announcing the remaining schedule and venues in the coming weeks.”

The Mackenzie Tour will conduct events held across Canada for Canadian-based players later this summer. These players will compete to earn access to the traditional Mackenzie Tour in 2022. The Mackenzie Tour expects that a number of familiar sites from coast to coast will be included in a schedule announcement that will arrive in the coming weeks.

Mackenzie Tour Executive Director Scott Pritchard has seen firsthand the challenges the global pandemic has caused and is seeking and expects to secure competitive opportunities under the Mackenzie Tour banner for players who reside in Canada.

“The Canada-based players will play in 72-hole Mackenzie Tour events, and the tournaments will continue to support local charities and local economies. We will share more details about specific plans in the near future,” said Pritchard. “We’re excited to continue to further develop golf and competitive golfers in this country.”

“It’s a privilege for our company to align itself with the PGA TOUR in support of these gifted and hard-working U.S., and international players, whose careers have been shortened due to COVID-19 restrictions,” said Dr. Stephen Liu, Chairman and Founder of Forme®. “Golfers have a demonstrated history of sustaining damaging neck, back, hip and shoulder injuries from routine playing and demanding travel schedules, which can seriously affect their careers and health. We have helped many professional golfers over the years in keeping them healthy and allowing them to play injury-free at the highest level. We are driven to empower everyone to create better posture, better health and better recovery.

“As an inclusive company with an eye on supporting and growing the game, we are committed to positioning the Forme Tour so we can assist international and minority players, particularly from the PGA TOUR’s International Tours, in showcasing their talents,” added Dr. Liu.

PGA TOUR Canada began in 2013, and fans of the Tour can expect the same high level of play on the Forme Tour, with future Korn Ferry Tour and eventual PGA TOUR stars emerging.

“PGA TOUR Canada has been a proving ground for seven seasons, and we expect that to continue, even with the altering look and feel of the Tour brought on by these circumstances that have affected the world as a whole,” said Rob Ohno, Senior Vice President, Head of International Tours. “The PGA TOUR has always aligned itself with high-quality partners who share the TOUR’s vision of giving back. In Forme®, we could not have found a better company to work with to create PGA TOUR Canada in the United States. Forme® focuses on inclusiveness, giving people opportunities and improving their health. We’re very much looking forward to growing this relationship and starting the season.”