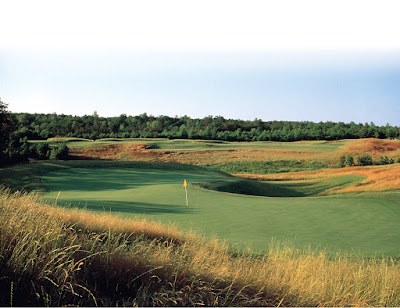 Golf Inc. runs the annual contest to highlight architects and contractors who have transformed aging courses, making them more playable, eye-catching and efficient. The 2020 scoring system focused on how each project achieved its stated goals, the level of improvement in playability and maintainability, and course aesthetics.

Royal New Kent became the toast of the golf world in 1997, when architect Mike Strantz’s masterpiece originally debuted. Now, numerous golfers from across the country are travelling to New Kent, Va. — midway between Richmond and Williamsburg — to play the storied layout, which was renovated by its ownership company, Wingfield Golf Management.

Consistently rated as one of the Mid-Atlantic region’s finest layouts, Royal New Kent is a Virginia original sprinkled with Irish seasoning. Strantz paid tribute to the fabled seaside links of the Emerald Isle, with an emphasis on the character and feel of two of the architect’s favorites — Ireland’s Royal County Down and Ballybunion.

Those who have enjoyed this enhanced Golf Ireland in Virginia playing experience have been raving online and through social media since Spring 2019.

According to Darryl Bartlett, a judge in the Golf Inc. competition, “The team involved with this should be commended for preserving (this) golf course. Mike Strantz only did a handful and to see it preserved in the banner described deserves some sort of preservation acknowledgement.”

During the restoration, Royal New Kent’s green complexes were converted from bent grass to the more heat-tolerant Champion Bermuda. Wingfield Golf trucked in 2,300 tons of new sand to reconstruct the Royal New Kent bunkers, making the golf course more playable and easier to maintain. The upgrades to the irrigation system include a new pump station, and all 120 inlets were rebuilt for better drainage. Meanwhile, substantial clubhouse upgrades were also performed.

Learn more at www.RoyalNewKent.com.
Posted by Blogger at 6:30 AM