(San Francisco, Calif.) – Seven Dreamers announces its ultra-premium driver shaft was used by a runner-up finisher at THE PLAYERS Championship, contested this past weekend at TPC Sawgrass. 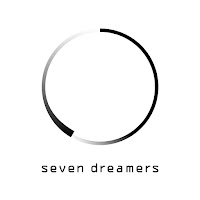 Recording three rounds in the 60s and averaging nearly 300 yards off the tee, the multiple-time PGA Tour winner now has three consecutive top-10 finishes. Since switching to the world’s most technologically advanced shaft in March, he has recorded his highest average driving distance and best driving accuracy in a tournament this year. The change to Seven Dreamers was prompted by a driver fitting session that saw him gain significant improvements in distance and dispersion over his previous competition shaft.

“The field at THE PLAYERS is among the strongest of the season, and in order to compete you have to be absolutely dialed-in with your equipment, especially the driver,” says Mike Rossi, Vice President of Sales and Marketing for Seven Dreamers Laboratories. “Our shafts provide an incredible edge to anyone, because of a superior production method combined with premium raw materials and proprietary designs that result in maximum distance and accuracy.”

Made in Tokyo by craftsmen who custom build each shaft, Seven Dreamers uses aerospace-quality carbon fiber, a proprietary 3D design system and an autoclave to cure every shaft. This pioneering approach helps the carbon fiber retain 100% of its quality and eliminates common grinding, polishing and painting practices used by other manufacturers. Seven Dreamers’ design provides golfers with incredibly smooth feel and near-perfect transfer of energy for more distance with tighter shot dispersion.

In a short period of time, Seven Dreamers has gained a large and loyal following among the most discerning and affluent golfers. The ultra-premium, custom-fit shafts, which start at $1,200 each, have been adopted by members of Cypress Point Golf Club, Riviera Country Club, Oakmont Country Club, Seminole Golf Club, San Francisco Golf and Country Club, Southern Highlands, TPC of Boston and hundreds other golf and country clubs.