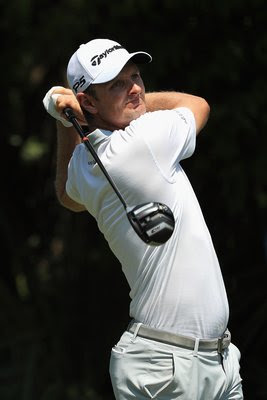 What You Need to Know:
- TaylorMade’s 2018 M Drivers featuring Twist Face Technology now have victories in 8 tournaments on the PGA TOUR this season and 11 worldwide.
- Rose plays a 9.0° M3 440 driver with one weight back and toward the heel and the second just forward of neutral. Equipped with a Mitsubishi Tensei CK 60TX, Justin averaged 305.9 yards off the tee for the tournament.
- Rose's victory is his second PGA TOUR title this season and the 9th of his career (20th worldwide).
- Earlier this season, Rose joined fellow TaylorMade staffers Dustin Johnson & Rory McIlroy in making the switch into the P730 irons. As he has for much of his career, Rose has them equipped with KBS Tour C-Taper 125 S+ shafts.
- Rose has praised the performance of the TP5 golf ball since he first put it into play at Riviera last year and has played it ever since. It's the 7th win on the PGA TOUR this season for TP5(x), with Rose adding his second win along with Day, Johnson, Rahm and McIlroy.
- Rose recently made a switch into the TP Red Ardmore 2 putter, which he feels best suits his eye on the greens. He recorded 2.697 strokes gained: putting for the week.
- Including Rose, three of the top 5 finishers played TaylorMade putters.
- Rose's wedge setup remains largely unchanged; he plays the Milled Grind in 48°, 52° & 56° lofts, as well as a 60° Hi-Toe, which has been TaylorMade's most sought after wedge on Tour.

Golf fan Since I was 4, so 1968 and counting. Going to be one for infinity. Tiger Woods, Phil Mickelson and Rickie Fowler at The Players Championship was TPC Sawgrass.

Your post is more infomavie than my blog, this is why i regularly collected valuable information for here. But the question is can Justin Rose win the title here. Who will win this year, if you have time Read my blog


I have bookmarked your website because this site contains valuable information in it. I am really happy with articles quality and presentation. Thanks a lot for keeping great stuff. I am very much thankful for this site. if you have time Read my blog US Open Golf