Twelve past champions scheduled to compete at Salem Country Club

(FAR HILLS, N.J.) – The United States Golf Association has accepted 2,680 entries for the 38th U.S. Senior Open Championship, scheduled for June 29-July 2, 2017 at Salem Country Club in Peabody, Mass. Twelve past champions are among the 83 players who are currently fully exempt into the championship. 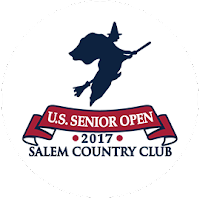 “We look forward to bringing the U.S. Senior Open Championship to Salem Country Club for the first time since 2001 and adding another chapter to the club’s storied history,” said Stuart Francis, USGA Championship Committee chairman. “The U.S. Senior Open is considered senior golf’s most coveted championship. The number of entries demonstrates the great interest in competing for the Francis D. Ouimet Memorial Trophy.”

The U.S. Senior Open is open to professional golfers, and amateurs with a Handicap Index not exceeding 3.4 who are 50 years of age at the start of championship play.

Sectional qualifying will be played over 18 holes at 34 sites across the United States between May 15 and June 12. There are qualifying sites in 27 states, including five in California and three in Florida. In addition, places in the 156-player field are reserved for eligible winners of official PGA Tour and PGA Tour Champions events in the weeks remaining before the 2017 U.S. Senior Open.

The USGA accepted entries from golfers in 48 states, including 81 from Massachusetts, and the District of Columbia, as well as 25 foreign countries. The record for entries was established in 2002, when 3,101 golfers applied to play.

This will be the third U.S. Senior Open in New England and the second at Salem Country Club. Bruce Fleisher won at Salem in 2001, defeating Isao Aoki and Gil Morgan by one stroke. Fleisher, the runner-up in the previous year’s U.S. Senior Open to Hale Irwin, shot a 2-under 68 in the final round. In 1987, Gary Player won by six strokes over Doug Sanders at Brooklawn Country Club in Fairfield, Conn.

For the seventh consecutive year, only online entries were accepted, beginning on March 8. Andy Santor, a 52-year-old professional from Youngstown, Ohio, submitted his entry two minutes and 17 seconds before the deadline of 5 p.m. EDT on May 10. Doug Clapp, a 49-year-old amateur (will turn 50 on May 28) from Walpole, Mass., was the first entrant.

More information about the U.S. Senior Open before, during and after the 2017 championship at Salem Country Club can be found at www.usga.org.
Posted by Blogger at 9:49 AM