Myrtle Beach World Am Early Entry Discounts Runs Through May 18

World Am is Again Expected to Attract 3,200+ From Across the Globe

(Myrtle Beach, S.C.) – The early entry deadline for the 34th annual Myrtle Beach World Amateur Handicap Championship, which allows players to register for a discounted price, runs through May 18. 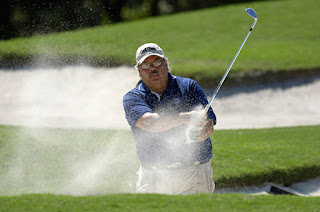 A 72-hole, net stroke play event, the World Am will be played August 28 – September 1 on more than 50 of Myrtle Beach’s best golf courses. Cost of early entry, which includes at least four rounds of golf, admission into the World’s Largest 19th Hole and a gift bag, is $525.

More than 1,700 players have already registered for the 2017 tournament. Following the early entry deadline, the price of entry increases to $575.

“The Myrtle Beach World Amateur Handicap Championship is a bucket list event for avid golfers,” said Jeff Monday, Myrtle Beach Golf Holiday’s tournament director. “The tournament gives golfers the opportunity to compete over 72 holes and our handicap monitoring system ensures everyone of a fair chance to win. Best of all, the competitive side of the event is only half the fun, because the World’s Largest 19th Hole is vital to the tournament’s enduring popularity.”

Players from 45+ states and more than 25 countries, all of them dreaming of earning the title of World Champion, will be competing in the tournament. The event is open to all men and women 18 years of age and older, and players will be flighted based on age, gender and handicap.

Each flight will play a different course every day and after four rounds of competition, all flight winners will advance to the World Championship Playoff on Friday, September 1. The playoff is an 18-shootout to crown the event’s winner.

In the past, handicaps ranging from 3 to 34 have claimed the mantle of World Champion.

While the competition is initially what lures players to the tournament, it’s only part of what keeps them coming back. At the heart of the World Am’s appeal is the camaraderie among its participants and much of that kinship is fostered at the World’s Largest 19th Hole.

Each night of the event, the 19th Hole overtakes all 120,000-square feet of the Myrtle Beach Convention Center, providing participants with free food and drinks, live entertainment, celebrity guest appearances, a golf expo and more.

Among the big names that have appeared at the 19th Hole in recent years are David Feherty, Brandel Chamblee, Charlie Rymer and John Daly.

Players will also receive a gift bag that perennially includes a logo’d hat, shirt, PGA Tour Superstore gift card and an assortment of other goodies.

For more information, visit www.MyrtleBeachWorldAmateur.com.
Posted by Blogger at 9:00 AM