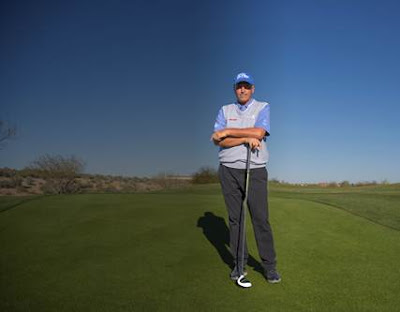 Mediate, along with Daly, an acclaimed long driver and two-time Major Champion, have been using the Vertical Groove Driver exclusively during tournament play in 2017, with Daly winning the Insperity Invitational on May 7th, and Mediate enjoying an amazing 90% accuracy off the tee during the event.  In fact, the Vertical Groove Driver enters the 2017 KitchenAid Senior PGA Championship as one of the hottest clubs on the PGA TOUR Champions, with a stable of high profile players using the driver in competition this week.

“We could not be more pleased with the success and positive driving stats both John and Rocco have enjoyed playing the Vertical Groove Driver on the PGA TOUR Champions this season,” said Jeff Barry, CEO, Vertical Groove Golf. “To have Daly capture his first win in 13 years using our driver speaks volumes about the performance attributes of this product. Now, having both John and Rocco play together in the first two rounds of a prestigious major championship, especially as Rocco defends his title, is going to be great for Vertical Groove Golf.”

The Vertical Groove Driver, which conforms to the Rules of Golf, is designed to reduce spin at impact, forcing tighter dispersion and leading to, on average, up to 40% straighter ball flight and up to 10 yards further in driving distance.

Barry adds, “The Vertical Groove Driver is still in its launch phase, but the traction we have gained so quickly on the professional level is really helping us showcase the distance and accuracy attributes of vertical groove technology, and golfers everywhere are taking notice.”

At a length of 45.5 inches, the Vertical Groove Driver provides an optimum launch angle while maximizing carry distance and ball speed for many players. It is equipped with Golf Pride Tour Velvet grips in standard, midsize and oversize models.  Alternative shaft options from Fujikura, Mitsubishi and Aldila will also be available. Suggested retail price of the Vertical Groove Driver is $399.99.