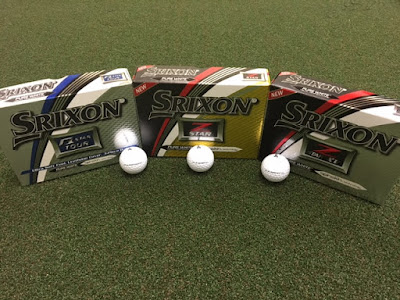 I’ve played golf for three decades and rarely put any extra thought into what golf ball I should play. While finances dictated my decision-making process through high school and college, once I was able to afford a premium ball, I just threw my money at the proverbial No. 1. I was following the herd.

Over the last couple years, however, I’ve been on a personal journey to find the right ball for my game. Sleeve after sleeve ... I’ve played some balls I never would have considered in the past. I’ve had mixed results, of course, as you would expect when switching from ball to ball.

My favorite method is the “Devil’s Round” - 6-6-6. I’d start the round with one ball and switch to another after six holes and do the same with six holes remaining. My scores have suffered (going from a 7.8 GHIN to a 9.4), but I think it has been for the greater good.

I’ve eliminated a lot of balls from consideration during this trek. I’ve also learned that the ball I played for the better part of 20 years isn’t, necessarily, the best ball for me. 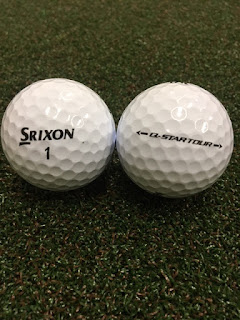 So, where have I landed? Drumroll, please ... Srixon Q-Star Tour.

This was a bit unexpected for me for a couple reasons. First, I hadn’t really considered the brand in the past. And second, my inclination has always been to go to a company’s most expensive ball as the top option. After all, you get what you pay for ... right? Not so fast, my friend.

The Q-Star Tour retails for only $29.99 per dozen. That’s nearly $20 less than what I’ve been paying and $10 less than a couple other Srixons I tried - the Z-Star and Z-Star XV. While I was impressed with the performance of both Z-Star options, I’m not sure they gave me the WOW factor I needed to make my final decision. The Q-Star Tour did.

What is it about the Q-Star Tour that jumped out at me? It was the trifecta of performance - distance, accuracy and feel. Combine those three and you’ve got a no-brainer.

My driver swing speed ranges between 97-102 mph. Some maintain that you need to reach a magical speed of 105 mph to fully receive the benefits of a high-compression ball. The Q-Star Tour is a three-piece ball with a slightly lower compression. This ball, seemingly, jumps off the face of my driver.

I’ve played distance balls in the past, but hated having to sacrifice feel. Because of that, I found myself giving up the 5-10 yards off the tee so I could enjoy softer feel into and around the greens. Problem was, of course, losing distance off the tee leads to longer shots into the greens. An extra club means a lot for me. Reclaiming that distance - and even adding a bit - has considerably upped my accuracy. Just being happy to hit the green has given way to pin seeking!

Perhaps the best feature of the Q-Star Tour ball is Srixon’s spinskin technology. As a mid-handicapper, I’m prone to missing greens. On a good day, I’m generally missing half the greens. The ability to get up and down from around the green can be the difference between a 77 and an 82. I feel like this ball stays on my wedges for a split second longer, adding the control I need when pitching and chipping.

I would be remiss if I didn’t mention a little more about the Z-Star and Z-Star XV. While both boast the same, incredible spinskin coating of the Q-Star Tour, they are designed for golfers with higher swing speeds (as in the aforementioned 105 mph). They have a 338-dimple design (versus 324 on the Q-Star Tour), but the Z-Star XV is a four-piece ball, as opposed to the Z-Star being a three-piece ball. I would favorably compare them to the premium ball I was playing, but surely didn’t receive the complete benefits off the tee and on full shots based upon my swing speed.

As with any review, don’t take my word on it. Golf balls are the easiest piece of equipment to test for your game. Buy a sleeve and do your own 6-6-6 test or side-by-side with your current brand. Based upon your swing speed, I’m confident one of these three balls will match or beat anything in your bag.

Find out more at srixon.com.
Posted by Blogger at 3:12 PM