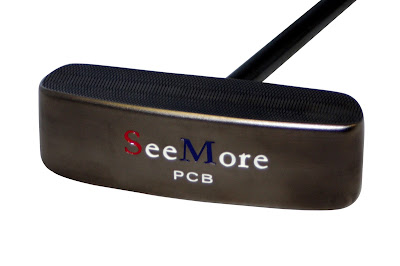 We’ve talked about the importance of putting on American Golfer before. Putting guru Dave Pelz counts it at more than 40 percent of your score. The bottom line ... you need to make more putts.

Disclaimer: I have a basement full of putters. I’m as guilty as the next golfer. If I play a few consecutive rounds without making enough putts, I begin losing faith in that club and start shopping for the next. Problem with shopping, however, it’s often done at a “big box” retailer and their indoor greens are very forgiving. You’re bound to sink more putts there. 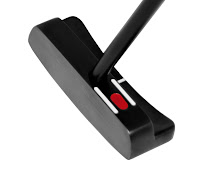 SeeMore Putter Company - winner of myriad tournaments, including the 1999 U.S. Open (Payne Stuart) and 2007 Masters (Zach Johnson) - offered up their 38 Special for review and I took it out for a thorough test - both on the practice green and golf course.

Before getting to our test, allow me a little time to explain a little about the SeeMore technology. The 38 Special is a PCB design, which stands for Pure Center Blade, as this putter is shafted directly in the center of the head. The unique balancing result of this design is that this putter is face-balanced at impact and face balanced in the traditional sense. (You can learn more about Face Balanced at Impact in this VIDEO).

If you watch the video, you’ll learn about what many companies consider “face balanced.” Balance the putter parallel to the ground and the face will point directly to the sky (the “traditional sense” mentioned above. Great, if you’re putting at a 90-degree angle. Most strokes are taken at an impact angle of 70 degrees, however.

The 38 Special features the full version of RifleScope Technology (RST), which provides the most feedback for setup and alignment. The PCB traditionally comes with a 350-gram head. With the 38 Special, SeeMore added 26 grams internally through building with an internal hosel. The 18-inch belly grip is 130 grams and provides a counter-balance with the longer shaft and the heavier head. The PCB is 303 Stainless Steel and features a milled face.

Enough with the tech talk. Let’s get to the test and field report. I generally putt with a standard 34-inch blade. The extra length (34 vs. 38 inches) was neither aesthetically nor physically awkward.

Test: Ten putts surrounding the hole from 5 feet, 10 feet and 30 feet. From the shortest distance, I found the added weight beneficial. Striking firmly with the face squaring at impact almost made it hard to miss. Not sure if it was a design benefit or purely mental, but my all-too-frequent mistake of decelerating was eliminated with the 38 Special.

From 10 feet, I was almost as accurate. We don’t publish the number of putts made because human error can make one test seem better than another, but I can tell you that I filled the cup twice from 10 feet. From this distance, filling it once is the norm - a couple more makes after emptying is a success. Twice is almost unheard of.

From 30 feet, I envision an area 2-feet wide in which to end the putt. Cozy it to within tap-in range ... anything going in is a bonus. Again, while I cannot disclose the exact number of putts, I can say there were no three-putts from this distance … rare in our tests.

The 38 Special performed extremely well on the practice green. The real test is often once it hits the actual course under “pressure” conditions. For whatever reason, I found myself with 9-10 putts from 2-3 feet that broke left to right ... difficult for any right-handed player. I made them all. Beyond that, I ran in a 25-footer for birdie, as well. Bonus!

A great putter can make putts with a sledge hammer. The rest of us need help. Aside from the counter-balanced design, I feel the biggest factor in my success on both the practice green and course was the RST. Simply put, the company instructs you to “hide the red dot.” Do this at setup and you’re properly aligned at address. Read the putt correctly, set your speed and the club will do the rest.

American Golfer has tested more than two dozen putters over the last few years. On top of that, I’ve used 10-12 putters, myself. Without hesitation, I can tell you that the 38 Special from SeeMore Putter Company is as good as any on the market. Here’s my recommendation ... Hide the red, sink the putt and thank me later.