(BEAVERTON, Ore.) – Nike Athlete Kevin Tway won his first career Web.com Tour title at the Boise Open, making it the second win by a Nike athlete in consecutive weeks on the Web.com Tour.  Tway follows fellow Nike athlete Jamie Lovemark's victory at the Midwest Classic in the week prior. 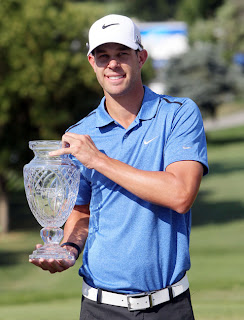 With this win, Tway jumped from 39th to sixth on the money list, wrapping up a spot next season on the PGA Tour.

"This means a lot because I've struggled since turning pro," the former Oklahoma State player said. "This really hasn't sunk in yet. I've always wanted to play on the PGA Tour since I was a little kid."

Dear adventure traveler!!
Wel come to Mountain Mart Treks & Expedition (P) Ltd. for best trekking & Tour operator into the mysterious culture tours & adventures trip including Nepal, Tibet, Bhutan & India.
Please if you are looking a adventure trip in Nepal! Kindly visit our official website http://www.mountainmarttreks.com for reliable information whatever you need. Or email me at gpminathapa@gmail.com

Thank you so much for your desire to travel in Nepal with professional trekking and tour operator in Nepal!!