(PHOENIX) - PING announced today it will increase its charitable contribution from the sale of 5,000 pink G20 drivers to $50 per club, ensuring a $250,000 donation toward Masters Champion Bubba Watson’s goal of raising $1 million for charity in 2012. The decision comes after the overwhelming response to the introduction of the club just two days ago. 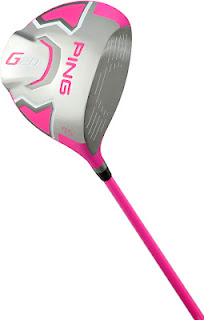 On Tuesday, PING had pledged 5% of the proceeds to charity when it introduced the all-pink driver, which is inspired by the G20 driver Bubba used to win the Masters. The 5,000 limited-edition drivers will be available in golf shops around June 1.

“We looked back at the last few days and realized that with all the tremendous energy Bubba has created with his win at the Masters and for our brand, we needed to do more with this opportunity to give back to those in need,” said John A. Solheim, PING Chairman & CEO. “The response to the pink G20s has exceeded expectations at this point, so we’re increasing our commitment to help bring Bubba closer to his goal of raising $1 million for charity this year.”

In January, Watson announced the formation of “Bubba & Friends Drive to a Million” – a year-long effort to raise $1 million for charity through his own efforts and the support of his partners and sponsors. At that time, PING launched “Bubba Long in Pink. Driven by PING,” a program that pledges $300 for every drive Bubba hits farther than 300 yards (up to 300 drives). It kicked off the initiative with a $10,000 donation.

All the monies raised through “Bubba Long in Pink. Driven by PING” will be donated to yet-to-be-named charities in the Phoenix area, where PING is headquartered.