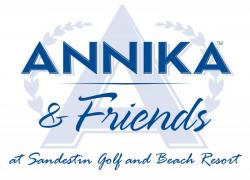 The Atlanta-based Shadowboxers have a passion for captivating lyrics, tight harmonies, and soulful vocals. Founding members Scott Schwartz, Matt Lipkins, and Adam Hoffman, together with drummer Jaron Pearlman and bassist Ben Williams, have forged a cohesive sound inspired by the likes of Simon & Garfunkel, D'Angelo and The Beatles.

The band has sold out many southeast venues and festivals, including 30A Songwriter's Festival. This summer, the Shadowboxers will open for the Indigo Girls on a comprehensive tour across the country. The band has also toured the East Coast with Matthew Sweet and opened for Ben Folds in March.

The Shadowboxers released an EP in 2011 with the help of Shawn Grove (Sevendust, Collective Soul) and Dan Hannon (Manchester Orchestra). The band recorded its first full-length album in March. The album is produced by Brady Blade (Emmylou Harris, Dave Matthews) and engineered by Chris Bell (U2, Destiny's Child, and Earth, Wind & Fire). More information about The Shadowboxers is available at www.theshadowboxers.com.

Coldwater Jane is an American country music duo comprised of sisters Leah Crutchfield and Brandon Jane. The duo released their debut album, Marionette, in August 2011, which made iTunes' list of Top 100 Country Albums. Coldwater Jane released its single, "Bring on the Love" in 2010, which charted on the Billboard Hot Country Songs and was made into a music video that has aired on Country Music Television and Great American Country. The sisters count Emmylou Harris, Patty Griffin, Linda Ronstadt and Patty Loveless among their influences. Coldwater Jane will be featured in a Revlon commercial airing on GAC starting in April 2012. More information about Coldwater Jane is available at www.coldwaterjane.com.

He has completed a demo album and will finalize the full album this fall. He will be opening for Jewel at the NCAA Women's Final Four Championship in Denver this year. He was a member of the 2010 International Gold Medal Barbershop Youth Chorus Grand Champions 52Eighty, and is also a 2011 member of Sound of the Rockies, the internationally 3rd ranked men's barbershop chorus.

Tickets for the concert are on sale now at www.dariusconcert.com. Wine World is the official food and beverage provider for the Darius Rucker concert. No outside food or beverage will be allowed. The ticket price is $59 for adults, $25 for children 12 and under and $10 for children 5 and under. Proceeds will benefit the ANNIKA Foundation and Northwest Florida schools.