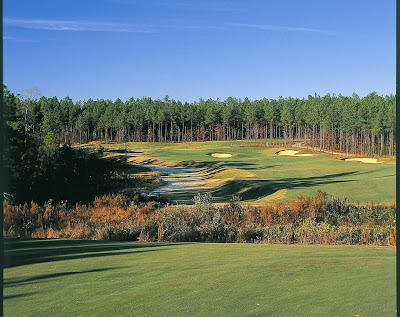 The Davis Love III-designed Anderson Creek, which was previously named North Carolina’s Best New Course in 2001, remained a fixture in the Top 100 checking in at No. 91 and was also deemed the Sandhills’ fifth-best hidden gem.

Gates Four, a recently renovated Willard Byrd favorite near the heart of Fayetteville, stood No. 11 among all courses in the Eastern Region, while King’s Grant was touted as the No. 4 hidden gem in the area.

The list of the Top 100 courses is determined by a scoring system that asks 150 panelists to consider the course’s conditioning, routing, design, strategy, memorability, fairness, variety and aesthetics.

Since the panel was formed in 1995, its members can only vote for courses that they have played — a daunting task for a state sporting more than 550 golf courses.

Meroski suggested that Fayetteville is a perfect stopping-off point for people traveling to Myrtle Beach or Hilton Head. They can both stay in Fayetteville and save themselves a considerable amount of gas money — and they can enjoy the well-conditioned and challenging Fayetteville golf courses as an ideal warm-up before their final destination.

“Fayetteville is a closer trip, our courses aren’t as crowded and they are a lot more affordable,” said Meroski. “If golfers want to break up that long trip in Fayetteville there are great hotels and plenty of golf to do so, plus history, heroes and a hometown feeling.”