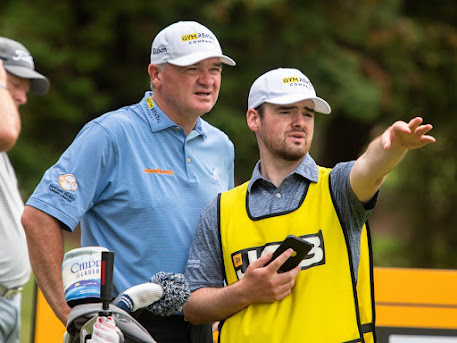 (RIDGELAND, MS) — SkyGolf, maker of SkyCaddie, the most-trusted rangefinders in Golf, announced that the majority of competitors on the 2022 Legends Tour used SkyCaddie GPS distance measuring devices (DMDs) for their yardages, according to recently announced data.

“The overwhelming message from the 2022 Legends Tour is that winners use a SkyCaddie,”said Jacqui Surman, SkyGolf Senior VP and COO.

On average, SkyCaddie GPS users made up over two-thirds of the field in 2022 Legends Tour events where DMDs were permitted, scoring 8 wins and 14 runner-up spots.

In these events SkyCaddie users scored 64% of all Top Ten and ties finishes and occupied 13 of the Top 20 places in the final 2022 Legends Tour Order of Merit – with South African golfer and SkyCaddie GPS user James Kingston securing the John Jacobs Trophy for winning last year’s overall OOM.

In the season’s final event, the MCB Tour Championship – Mauritius in December, SkyCaddie GPS users took 8 of the Top 10 and ties spots.

A SkyCaddie reveals many aspects of a golf hole which are invisible to laser users, who only have line of sight. Legends Tour organizers use SkyCaddie’s ground-mapped GPS yardages to create pin sheets when setting each day’s pins, enabling competitors to download the day’s hole positions onto their SkyCaddies.

“SkyCaddie GPS is well-established now on the Legends Tour,” added Surman. “Between them our users have won over 500 Tour events in their careers, so they know how to win, and what equipment helps them claim the victory. These statistics prove beyond doubt that SkyCaddie GPS helps elite golfers to shoot lower scores.”

The Legends Tour, formerly known as the European Senior Tour and the Staysure Tour, is the most prestigious golf tour in the world to allow the use of DMDs (Distance Measuring Devices) during competitive play. The Tour is open to male competitors aged 50 and over and is run by the PGA European Tour.