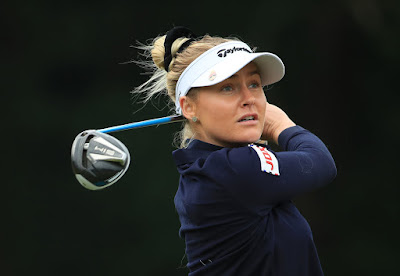 
(Carlsbad, Calif.) – Team TaylorMade athlete, Charley Hull won the inaugural event of the Rose Ladies Series at Brokenhurst Manor Golf Club, England using a bag of TaylorMade equipment and golf ball. In tough, wet conditions Charley shot a round of level par to secure a play off place, before going on to birdie the first extra hole and claim victory.

Three-Time Tour Winner and current World #25, Charley Hull who has already won on both the Ladies European Tour and the LPGA Tour can now add a Rose Ladies Series title to her list of accomplishments. 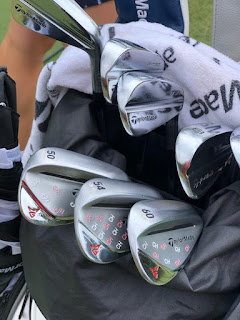 WHAT YOU NEED TO KNOW:
- This is Charley’s first week out with TaylorMade’s new SIM Driver which is equipped with an Attas Rockstar 6X shaft
- It is also the first tournament she has put into play a TaylorMade Golf Ball. Charley opts to play TP5 over TP5x due to the little extra spin it offered. Combining SIM driver with TP5 Golf Ball, Charley gained 1mph clubhead speed and 2-3mph ball speed. This resulted in about half a club gain through the bag, alongside a tighter dispersion
- Charley plays the new SIM Max fairway at 15 degrees and SIM Max Rescue at 19 degrees, both of which have V Steel™ technology incorporate into the sole to improve turf interaction and playability from various lies
- Charley is very much a feel-based player and opts to play TaylorMade’s P730 irons from 4-PW equipped with Nippon Modus 120 S shafts
- She plays the RAW Face Milled Grind 2 Wedges in 50, 54 and 60 degrees
- This is the first event of the Rose Ladies Series with 6 more events ahead of the Grand Finals in August