(PONTE VEDRA BEACH, FLORIDA) – The PGA TOUR has announced that a full-field tournament has been scheduled for July 6-12 at Muirfield Golf Club in Dublin, Ohio, through a partnership with Workday, Inc. a leader in enterprise cloud applications for finance and human resources.

Featuring a 156-player field and $6.2 million purse, the Workday Charity Open will be held without the general public attendance the week prior to the Memorial Tournament presented by Nationwide, filling the week vacated when the 2020 John Deere Classic was cancelled on May 28. Domestically, the event will include Thursday-Friday afternoon coverage and early Saturday-Sunday coverage on Golf Channel, with CBS Sports anchoring the weekend coverage.

“We are extremely pleased to join with Workday and Muirfield Village Golf Club to present this new event as we continue our Return to Golf efforts,” said Andy Pazder, Chief Tournament & Competitions Officer for the PGA TOUR. “Our special thanks go to Workday for partnering with us as title sponsor and for their pledge to make a significant charitable impact with the event. Memorial Tournament host Jack Nicklaus has always done what is best for the game of golf and in these unprecedented times, we are most appreciative of his Muirfield Village Golf Club hosting the event the week prior to the Memorial Tournament presented by Nationwide.” 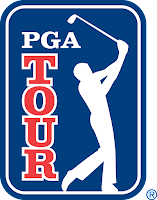 Charitable impact will be an important aspect of the new event as Workday is committing $1 million in support of the Nationwide Children’s Hospital in Columbus, Ohio. In addition, Workday is donating $500,000 to the Oakland-based Eat. Learn. Play. Foundation founded by three-time NBA champion and two-time MVP Stephen Curry of the Golden State Warriors and entrepreneur, host and The New York Times bestselling author Ayesha Curry.

“We’re absolutely thrilled to bring viewers one of the first live golf events of this truly unprecedented year,” said Aneel Bhusri, co-founder and CEO, Workday. “We’d like to use this moment to not only unify the golf community through this tournament, but to drive awareness and support for these and other notable causes.”

Eat. Learn. Play. is designed to help ensure an equal road to success for all kids, rooted in three of the most vital pillars for a healthy childhood— nutrition, education and physical activity. Stephen, Ayesha and their partners believe that children are the future, and they are deeply dedicated to empowering them and opening doors for their futures. It is their hope that Eat. Learn. Play. will positively impact children in the Oakland, San Francisco, and Bay Area communities and beyond to live out their dreams.

The Workday Charity Open will be operated by the staffs of Muirfield Village Golf Club, the Memorial Tournament and HNS Sports Group. The new event will lead into the Memorial Tournament presented by Nationwide, one of three elevated events on the PGA TOUR that offers a three-year exemption to its winner and a limited field of 120, to which it will revert back after having been adjusted to 144 with the announcement of the reimagined PGA TOUR schedule on April 16.

The John Deere Classic will return to the PGA TOUR schedule in 2021.
Posted by Blogger at 6:00 AM