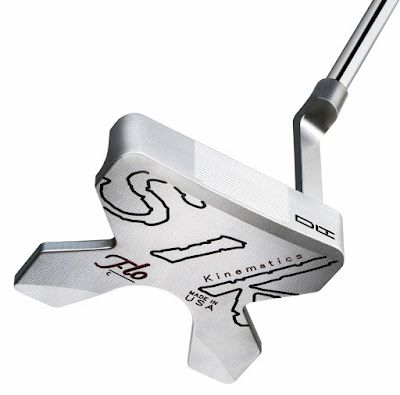 (PINELLAS PARK, FL) — SIK Golf, (S)TUDY (I)N (K)INEMATICS, captured its seventh victory on the PGA Tour this past weekend at the Houston Open held at Golf Club of Houston in Humble, Texas.

Using a SIK Flo putter, the winner dropped a 33-foot birdie putt on the par-3 16th hole to grab a one stroke lead, then sank a clutch six-foot putt on the final hole to capture his first ever PGA Tour victory.

The backstory on the SIK putter he used to win the Houston Open is an interesting one. In April 2019, during Master's week, he was playing a round at TPC Sawgrass with an old high school friend when he gave his buddy's putter a try on the practice green. He was struggling with the putter he was using at the time, and immediately started making putts.

According to a story on Roanoke.com, he said, "It immediately felt good. We played nine holes and I was making everything. I was like, 'Man, I don't think you're getting this one back.' He was like, 'Take it.'"

In Houston, his success on the greens was clearly one of the keys to capturing this victory, for while he averaged a strong 311.8 yards off the tee, he ranked a mediocre 54th in Greens in Regulation, a relatively unheard-of ranking for a tour winner. He ranked 1st in Putts per Green in Regulation and 7th in Strokes Gained/Putting for the tournament.

For more information about SIK Golf, visit www.sikgolf.com.
Posted by Blogger at 6:00 AM