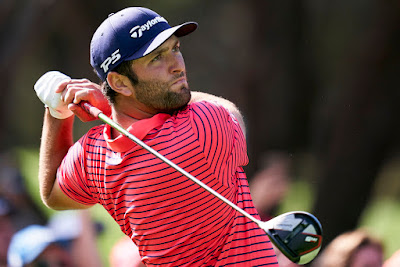 Using 14 TaylorMade clubs including an M5 driver, with Injected Twist Face, and the TP5, five layer golf ball, Jon Rahm took charge of the Open de España following a scorching 28 back nine on Saturday and then never looked back

With rounds of 66-67-63-66, Rahm finished five shots clear of 2nd place and has planted himself firmly on top of the Race to Dubai rankings.

Earlier this year, Rahm switched to the TP5 for more spin and control with his mid irons and approach shots to the green, as well as the new Spider X putter for more consistency on the greens.

- Collects his 5th European Tour win with Mutuactivos Open de España victory
- Jumps to No. 1 in the Race to Dubai rankings
- Moves up one place to no.4 in the OWGR rankings
- Leads the European Tour in stroke average with 68.63
- In 2018, Rahm became the fifth Spaniard to win their country's open since 1972 - when it officially joined the European Tour calendar
- Rahm is the first player to successfully defend the title in that 47-year span