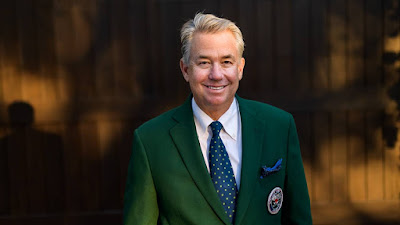 Winner of the 1981 U.S. Amateur Championship, Crosby, 57, was the low amateur in the 1982 U.S. Open Championship. He was also a member of victorious USA teams in both the 1983 Walker Cup Match and the 1982 World Amateur Team Championship.

Crosby recently captained the USA Team to a 15½–10½ victory in the 2019 Match at Royal Liverpool Golf Club, in Hoylake, England. The USA overcame a 7-5 deficit after Day 1, rallying with victories in eight of the 10 Sunday singles matches to secure its largest margin of victory in an away Match since 1987.

“The 2019 Walker Cup experience was an unbelievable journey from start to finish, and I am honored to be allowed to once again guide an outstanding group of young men in 2021,” said Crosby. “As a member of the 1983 Walker Cup Team, I formed bonds and created friendships that have lasted a lifetime. I hope that I have left this year’s players with that same sense of excitement and honor, and I look forward to passing it on to our next group of players.”

“Nathaniel’s previous Walker Cup experience and guidance proved to be the right mix to lead the 2019 team to victory,” said Stuart Francis, USGA Championship Committee chairman. “Our players experienced life lessons from a true gentleman and competitor and we are excited to have him lead the team again at Seminole.”

Born in Hillsborough, Calif., Crosby is the son of the late legendary American singer and entertainer Bing Crosby, who introduced him to golf. Nathaniel’s godfather is World Golf Hall of Fame member Jack Burke Jr., a Masters and PGA champion who served as captain of two USA Ryder Cup Teams and is a founder of Champions Golf Club in Houston, Texas, which will serve as the host site for the 2020 U.S. Women’s Open.

Crosby won the 1981 U.S. Amateur at age 19 at The Olympic Club in San Francisco, Calif., defeating Brian Lindley in 37 holes despite being 4 down with 10 holes to play. Crosby’s 20-foot birdie putt on the first extra hole decided the longest final in 31 years.

He followed that victory with a win in the 1982 Porter Cup and was the low amateur in the 1982 U.S. Open, finishing 59th at Pebble Beach (Calif.) Golf Links. Crosby also earned co-medalist honors in the 1979 U.S. Junior Amateur at Moss Creek Golf Club in Hilton Head Island, S.C. In the USA’s 1983 Walker Cup victory at Hoylake, Crosby compiled a 1-1 record, losing a singles match to A. Philip Parkin, 6 and 4, and winning a foursomes match with William Hoffer.

Crosby, who played professionally in the U.S. and Europe, regained his amateur status in 1994. He has competed in seven USGA championships, including four U.S. Amateurs.

In his business life, Crosby serves as chairman of AppleTree Golf Society, a network of small travel societies that are tied to rank-worthy golf clubs in vacation and second-home destinations. He has also been a partner and key executive of three golf equipment companies – Toney Penna, The Nicklaus Equipment Company and Orlimar Golf – all of which experienced significant growth under his direction.

Crosby, who turns 58 on Oct. 29, graduated from the University of Miami in 1984 with a degree in politics and public administration. He was inducted into the school’s sports hall of fame in 2005.

To learn more, visit usga.org.
Posted by Blogger at 8:30 AM