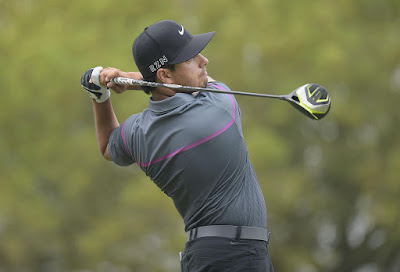 (RELEASE) - Entering the final round of the Nova Scotia Open in a six-way tie at 12-under, Nike Golf athlete Abraham Ancer forced his way to a tie for first then quickly sealed his victory in one hole of the post-round playoff. The win marks his first on the Web.com Tour and first as a professional.

“I’ve been waiting for this moment for a while,” Ancer said. “To win out here is tough. I don’t think it’s going to sink in for a while.”

Ancer leveraged his Nike Method Matter B1-01 putter to sink a 30-foot birdie putt on the last hole to earn a spot in the two-man playoff. A RZN layer built into the face of the putter promotes a faster forward roll and softer feel.

On the final hole in regulation and the playoff round, the 24-year-old utilized his Nike Vapor Pro irons to set up his birdie putts on the 18th green. The newest Nike Golf irons feature Modern Muscle technology that balances weighting for perfected precision and power.