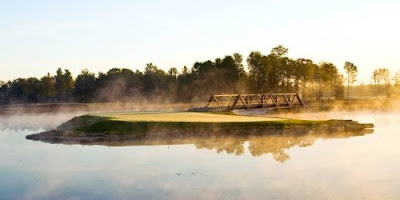 Golfweek ranks casino courses annually, recognizing the best golf and gaming facilities throughout the nation. Sweetgrass is listed in the top 25, as printed in its December 7 edition. The 18-hole public layout is an amenity to the Island Resort & Casino in the Upper Peninsula of Michigan, owned and operated by the Hannahville Potawatomi community.

“This award recognizes not only the efforts of our golf staff, but also the efforts of our entire resort team,” says Tom McChesney, CEO of the Island Resort & Casino, which owns Sweetgrass.  “We know golf and casinos work well together to deliver a great experience, both on and off the course.”

Since its opening in mid-2008, Sweetgrass has garnered multiple national awards, including Golf Magazine’s Best Public Courses in Michigan in 2012, capturing a top-20 spot among more than 1,000 courses in the state. It has also been awarded a top-20 spot on Golfweek’s Best-in-State listings, and was a Golf Digest’s Best New Course in 2009.

Since 2011, Sweetgrass has hosted the Island Resort Championship, a Symetra Tour – Road to the LPGA – professional golf tournament, which will return in late June of 2013.

The resort recently completed a series of upgrades to its campus, including the addition of the new 5 Bridges Restaurant & Pub – a popular 19th hole spot.  A new conference center, outdoor patio, and executive VIP rooms were added last year, and many of the resort’s rooms have been renovated.  The resort launched a new website earlier this year, including a new online gaming portal, found at islandresortandcasino.com.

Sweetgrass anticipates an April opening for its 2013 season; call 877-ISL-GREEN, or see sweetgrassgolfclub.com for overnight packages that include the popular Perfect Foursome, with play on Sweetgrass and two other courses, and stays at the Island Resort and Casino.