At the top of your golfer’s off-season / holiday wish list is making more putts. Considering it’s very difficult to wrap a week’s worth of putting instruction from Dave Stockton - not to mention extremely expensive and hard to schedule - the perfect solution would be a new putter. 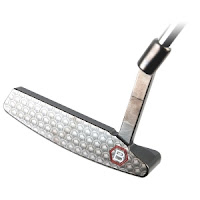 But there are so many putters on the market, you think. Which one is THE one?
Might we suggest the new BB8 from Bettinardi Golf?
The BB8 is a classic in both look and feel. It has a two-tiered heal-and-toe-weighted cavity back design that has been squared off for a sharp look. Combine that with a plumber neck and you’re looking down with confidence before ever striking a putt.
The head is made from soft carbon steel and Bettinardi’s patented Honeycomb face ensures the flattest surface possible, while adding to the ideal feel. The BB8 is available in both 340 and 355 grams, but only right-handed at the time. Sorry southpaws.
The dark red Winn grip accentuates the buttery feel, as well. Knowing the mental side of golf is as important as the physical aspect, having a putter that looks and feels like Sunday at Augusta National is bound to improve your game on the greens. 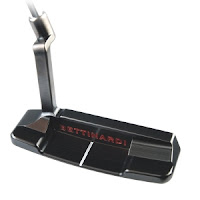 Not familiar with Bettinardi putters? PGA Tour players are. Brian Gay - one of the Tour’s top putters - has a prototype of the BB8 in his bag. Before him, how about Jesper Parnevik, Jim Furyk and Vijay Singh? The latter two won major championships with Bettinardi, while Jesper shot a tournament record at the 1999 Greater Greensboro Open stroking a Bettinardi putter.
American Golfer tested the BB8 and was floored. There was no robot in use, so human error was definitely in play. That said, putt after putt either found its target or stopped within tap-in range from various distances and with a variety of breaks.
While amateurs don’t make nearly as many 10-foot putts as the pros and three putts from outside 20 feet are far too common, the BB8 is sure to close the gap.
Recommendation: Put the Bettinardi BB8 in your bag and return confidence to your putting. Also, if you enjoy wagering with your playing partners and subscribe to the old adage “drive for show and putt for dough,” you may want to make some room in your wallet for winnings.
Check out all the styles at www.bettinardi.com.
Contact: AmericanGolferBlog@gmail.com
Posted by Blogger at 1:22 PM