(LIBERTY CORNER, N.J.) - The USGA announced its final exemption categories from sectional qualifying for the 2018 U.S. Senior Women’s Open Championship, which will be inaugurated July 12-15 at Chicago Golf Club in Wheaton, Ill.  A full list of exempt players – which includes any age-eligible player who has won a U.S. Women’s Open Championship – is available on usga.org. 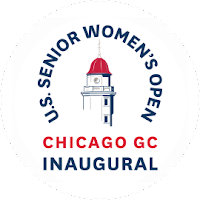 The U.S. Senior Women’s Open is open to professional females, and amateur females with a Handicap Index® not exceeding 7.4, who have reached their 50th birthday as of the first day of the championship. The field will include 120 players who will earn entry into the championship through an exemption category or via sectional qualifying at sites nationwide. A preliminary list of sectional qualifying sites can be viewed on usga.org.

“The U.S. Senior Women’s Open Championship represents an important and growing demographic of players, and we are eager to see who will rise to the top of this ultimate test of golf to claim the first spot on the new trophy this July,” said Stuart Francis, USGA Championship Committee chairman. “The list of exempt players is certainly impressive, and like all of our Open championships we are also excited to watch competitors earn their way to Chicago Golf Club through qualifying.”

Online entries for the 2018 Senior Women’s Open will be accepted from March 7-May 23. All who wish to compete, including exempt players, must file an entry.

The U.S. Senior Women’s Open format will mirror that of the U.S. Open, U.S. Women’s Open and U.S. Senior Open championships: a walking-only, 72-hole stroke-play competition over four consecutive days. There will be a 36-hole cut including the top 50 players and ties.

Chicago Golf Club, the oldest golf club in the U.S. in continuous use at the same location, will host its 12th USGA championship and the first since the 2005 Walker Cup Match. It is also one of the five founding clubs of the USGA. The 2019 U.S. Senior Women’s Open will be contested at Pine Needles Lodge & Golf Club – a three-time U.S. Women’s Open host site – in Southern Pines, N.C., from May 16-19.

To learn more, visit usga.org
Posted by Blogger at 9:51 AM