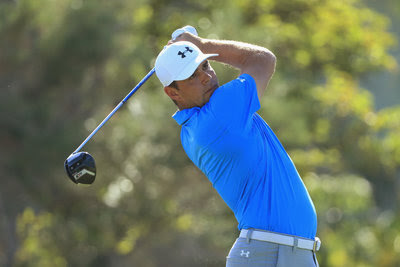 (RELEASE) - What You Need to Know:
- Woodland added a 9° M3 440 driver to the bag just last week at the Farmers Insurance Open at Torrey Pines, where he went on to finish T12.
- Woodland's driver is equipped with an Accra Tour RPG shaft at 44.75", tipped 2" with a D4 swingweight. It's set to lower, with an actual loft of 8.5°. He has one weight pushed all the way forward and the second at 3/4" back on the Y-Track.
- For the week, he averaged 314.1 yards off the tee with a long of 364 on Sunday.
- TaylorMade’s 2018 M Drivers featuring Twist Face Technology now have victories in 4 of the last 5 PGA tournaments (as well as 1 European Tour event in that timeframe), with Woodland joining TaylorMade stablemates Dustin Johnson, Jon Rahm & Jason Day as tournament champions winning with Twist Face on the PGA TOUR.
- Woodland's victory is his 3rd on the PGA TOUR, earning him 500 FedExCup points.
- In addition to his M3 440 driver, Woodland also plays a '17 TaylorMade M2 Tour fairway wood at 15° and a '17 M2 fairway, both equipped with Accra's Tour ZX4100 shafts.