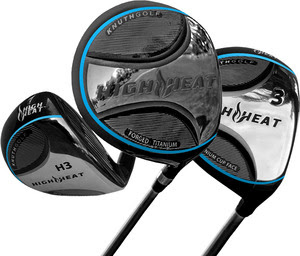 (BONITA, CA) – Knuth Golf launched its breakthrough product, the High Heat 257+ metalwoods, at this year’s PGA Merchandise Show and the reviews have been off the charts.

“With its novel 3-trampoline technology the ball comes off so hot no matter where you hit it,” said Gary Van Sickle, President of the Golf Writers Association of America. “It feels like hitting a home run anywhere I hit it on the face.”

The High Heat 257+ technology is a result of a change to the 18-year-old CT Rule. "CT" stands for Characteristi3 clubs v1c Time, which is a USGA and R&A test that measures the amount of time the ball can stay on the face. This rule change permits a golf face to be much hotter with a CT above 257 and up to 275, but only in the large toe and heel areas. 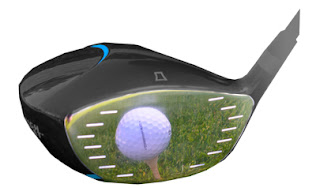 The new technology, bringing more trampoline effect into the large toe and heel areas, was believed to be impossible to achieve, reflected by the fact that no brand had accomplished it in the two-year span since the rule change occurred. The highest ball speed has always been in the center of the face, and the CTs in the toe and heel areas have been in the low 200s compared to the low 250s in the middle of the face.

But designer Dean Knuth saw the possibilities, and made it happen with his new 3-trampoline technology instead of the traditional variable thickness technology. Now, High Heat is the only company in the market with CT values greater than 257 consistent with the USGA’s 2016 CT Rule.

High Heat 257+’s 3-TrampTech addresses two issues that affect most amateur golfers, both of which happen when golfers miss the center of the clubface. They are sometimes too far from the green to reach in regulation, or their approach shots end up short of the green. With High Heat 257+, amateurs will get more than their current average driving distance, and they will get their intended distance on approach shots even if they hit it on the toe or heel, leading to more greens in regulation.

“Not only will amateurs get increased distance on toe and heel hits with High Heat’s 257+’s 3-trampoline technology, they will get the same feel as a center hit with added confidence.” – Golf Talk Live. 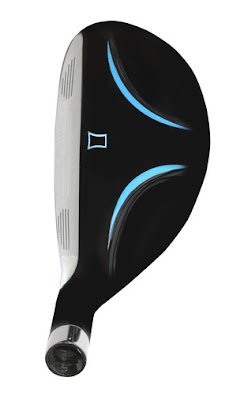 High Heat has taken the golf industry by storm since entering the market in 2015 with a simple but crucial premise – design clubs specifically for amateur swings and performance needs. The High Heat driver, fairway woods and hybrids, featuring lower and deeper center of gravity, have all been named in numerous media “best products lists.” Customers rave about increased performance and lower scores with High Heat in their bag.

Now, with 257+, High Heat again beats the major brands to the punch.

“The hottest face in golf for the past three years just got hotter, so your mishits will go further,” said Tim Branco, publisher of Northeast Golf Magazine and GolfGearWeekly.com.

Knuth figured out a way to incorporate the now-conforming extra spring-like effect into the toe and heel of the already successful and popular line of High Heatmirror face v1 metalwoods. The end result with High Heat’s new technology is that there is a significant increase in ball speed on hits in the large toe and heel areas where the CT can be as high as 275. And it is a known fact that greater ball speed equals more distance.

His ability to bring this technology to fruition will certainly solidify Knuth’s reputation as one of the golf industry’s brightest minds. His early High Heat designs were ahead of all major brands incorporating a much lower and much deeper CG, for which he was the only club designer honored by Golf Inc. magazine as an “Innovator In Player Development” in 2016. And during his USGA days he created the USGA's Course Rating and Slope Rating System used in handicapping, which Golf Digest stated was one of the eight most important technologies in the past 50 years.

“Most amateur golfers struggle to hit the center of the clubface consistently,” said Knuth, a former USGA Senior Director. “It was with that thought in mind that we created our first High Heat clubs. Now, with this new 3-trampoline technology, amateur golfers will have an even bigger advantage when playing High Heat.”

“Hitting on the toe, heel or center of the race of the High Heat 257+ driver felt great and the distance was the same for every shot,” said Jason Krier, PGA teaching professional from Pennsylvania. “You can’t miss. Amazing.”

Added Kevin Cloud, golf instructor from Connecticut, “I am impressed when I hit off the heel and toe of the 257+ the ball did not turn, and the heel shots appear to go further than hits on the sweet spot. Most of us fall short of the green on approach shots, but will not with High Heat 257+.”

And this from PGA professional Allen Van Valkenburg of Texas: “High Heat 257+ is fantastic. Off-center misses have been phenomenal. Hitting it has been inspirational. You can’t mishit it. Great clubs to have in your bag.”

High Heat 257+ drivers and fairway woods will be available for delivery in April 2018, and hybrids in June.