(LIBERTY CORNER, N.J.) – The United States Golf Association announced local qualifying sites for the 118th U.S. Open Championship. The U.S. Open will be contested at Shinnecock Hills Golf Club, in Southampton, N.Y., for the fifth time from June 14-17. Local qualifying, conducted over 18 holes at 112 sites in 45 states and Canada, will take place between April 30-May 17.

“Thousands of professional and amateur golfers will have an opportunity to take part in U.S. Open qualifying due to the work of Allied Golf Associations, supported by the USGA’s five regional affairs offices, along with Golf Canada,” said Stuart Francis, USGA Championship Committee chairman. “The two-tiered qualifying process will culminate in the championship at historic Shinnecock Hills Golf Club, the only course to host the U.S. Open in three different centuries and one of the USGA’s five founding member clubs.” 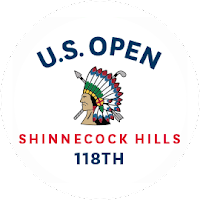 In 2017, the USGA accepted 9,485 entries for the championship at Erin Hills, in Erin, Wis. The record of 10,127 was established for the 2014 championship at Pinehurst Resort & Country Club’s Course No. 2, in the Village of Pinehurst, N.C.

Several local exemptions for the U.S. Open were amended prior to the 2014 championship. The top 500 point leaders and ties from the Official World Golf Ranking™ (OWGR) as of March 5 will be exempt from local qualifying. Any player in the OWGR’s top 500 (as of April 23) who has filed an entry prior to the deadline of 5 p.m. EDT on Wednesday, April 25, will also earn a local exemption. In the past, only the top 150 point leaders were exempt. Additionally, any player who has had multiple finishes in the top 400 of the year-ending OWGR in the past five calendar years (2013-2017) is exempt from local qualifying.

Ken Venturi (1964) and Orville Moody (1969) are the only players to win the U.S. Open after qualifying through both local and sectional play. Last year, 21 players advanced through local and sectional qualifying to the 156-player U.S. Open Championship field at Erin Hills. Of those 21, four players made the 36-hole cut, including Jack Maguire, who started his journey at Orange Tree Golf Club, in Orlando, Fla., which will host a local qualifier for the seventh consecutive year.

To be eligible, a player must have a Handicap Index not exceeding 1.4, or be a professional.

Online player registration for the 2018 U.S. Open will begin in the first week of March (https://champs.usga.org/index.html).

To learn more, visit usga.org.
Posted by Blogger at 10:12 AM