(RELEASE) - What first started as a master planning exercise to return the luster to the Championship Course at Tanglewood Park in Clemmons, North Carolina has blossomed into a collaboration from a pair of golf architecture firms with a single-minded purpose: to restore the demanding and impressive dune-like bunkering of Robert Trent Jones, Sr. The plan from there is to bring the course back to heights it previously achieved as the host of the 1974 PGA Championship as well as numerous Senior PGA Tour Vantage Championships and the 1986 USGA Publinx. 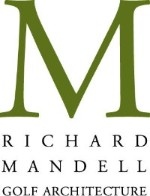 Forsyth County gave this task to the firm of Robert Trent Jones II, led by President/Chief Design Officer, Bruce Charlton, ASGCA. RTJ II performed a hole by hole analysis to serve as the basis of a Golf Course Refinements Master Plan: A hole by hole road map for the future of the golf course.  One of Bruce's primary goals was to address the bunkering. An equally important primary task was to achieve the County's objective of making the course more playable by creating chipping areas around the greens for imaginative recovery shots. The bunkers had not been touched (other than routine edging) since Robert Trent Jones, Sr.'s own renovation work in preparation for Lee Trevino's PGA win in 1974.

Seeking local presence for the project, the County hired Richard Mandell Golf Architecture to develop detailed plans based on Bruce's concepts and lead the county toward a renovation project, which will begin this Spring. Richard won a competition over 15 other firms for the opportunity to collaborate with RTJ II in restoring the RTJ Sr. classic.

Bruce will work closely with Richard to ensure that the RTJ Sr. vision is properly implemented.  He found in Richard a common ally in restoring as much of the original design as possible. What Richard found was an open mind that was as enthusiastic about the possibilities as he was. "Bruce and Richard have created an outstanding renovation plan which will significantly enhance the golfing experience at Tanglewood while maintaining the integrity of the original Robert Trent Jones, Sr. design,"  said Mike Wilcox, long-time Director of Golf at Tanglewood Park.

Bruce has worked with Robert Trent Jones II since 1981. He knows how important history is to the Jones family and is excited about the prospects for Tanglewood.  "We are thrilled to be working closely with the Forsyth County team of professionals as we all “polish the gem” at the Tanglewood Championship Course" said Bruce. "Our design concepts, coupled with the collaborative project implementation process with fellow ASGCA Member Richard Mandell, will be aimed at preserving the historic legacy of the legendary Robert Trent Jones, Sr. while still implementing modern technologies. We believe the updated Championship Course at Tanglewood will delight golfers of all skill levels."

Richard's experience with Robert Trent Jones, Sr. golf courses began with work he did for the Fairfax course at Army Navy Country Club a decade ago so he was well-aware of the practical challenges the County faced with high, flashed-sand bunkers. He is currently working with Forsyth County on a Renovation Business Plan for Tanglewood Park's adjacent Reynolds Course.

In addition to Bruce's master planning, Richard utilized an aerial photograph of the site from 1974 as well as photographs from the 1974 PGA program to guide the detail work.  Bruce was fully on board with the idea of going back to 1974 rather than back to Jones' original 1960 design work. "When Bruce and I first spoke, we were on the same page in that regard and we had a ball brainstorming through some of the hole by hole details," Richard recalled. "Obviously I knew where Bruce stood on preserving the legacy, but I was excited to see the level of excitement in Bruce when we began discussing the old aerial and moving toward the 1974 design." Charlton felt the same way, always a good sign when two golf architects are thrust into a team atmosphere. "Working in a collaborative fashion with Richard at Tanglewood is definitely an enjoyable and creative endeavor," said Bruce.

Richard next undertook a series of course walk-throughs with the golfers and staff to help he and Bruce best balance the challenge of restoring a former professional event venue with a public golf course. "The golfers all felt there was too much sand but understood, and welcomed, the plan to restore RTJ Sr.'s design philosophies," said Richard.

Richard identified the one true conflict between the demanding Jones layout and everyday play:  The shallow dimensions of many of the greens with sand both in front and in back. "A shallow target will challenge the best golfers in the world but can be very frustrating for the average golfer who has trouble achieving the necessary trajectory on their shots to keep an approach on the green," Richard pointed out. "Bruce was open to softening that challenge yet we agreed not to completely eliminate that aspect of Mr. Jones' original intent. Instead, other areas were introduced to balance that challenge with creative playability."

The genesis of the project began in 2014 with Brown Golf Management's behind the scenes work as the County's consultant. Steve Johnson, Brown's Regional Manager for North Carolina saw the benefit in an initial analysis of the legendary layout. "When you have as great an asset as the County has in Tanglewood, the best way to protect that investment and maximize its value is to bring in a team like the firms of RTJ II and Richard Mandell Golf Architecture," said Steve. "Their expertise will make the course shine."

Forsyth County's Parks & Recreation Director Michael Anderson and Assistant Director of Park Operations Chris Weavil have navigated the renovation project from concept through a successful construction bid process. Groundbreaking is slated for mid May with Wadsworth Golf Construction, out of Plainfield, Illinois, leading the efforts. Their craftsmanship will be enhanced by the utilization of the Better Billy Bunker system, a great tool for those who wish to preserve that high "dunesy" flashing that made RTJ Sr. a signature in the seventies and beyond.

Richard will be on-site weekly with Bruce making site inspection visits at key points during construction to continue the collaborative effort he and Richard continue to enjoy. Golf Course Superintendent Lee Barefoot will be a daily presence throughout the project just as he has since he first took over at Tanglewood back in 1990. The result of all this teamwork will be a dedication to keeping the Robert Trent Jones, Sr. legacy alive and creating a fun challenge to enjoy on a daily basis for Forsyth County residents and visiting golfers.
Posted by Blogger at 11:30 AM