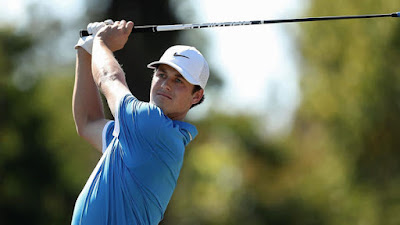 (RELEASE) - PGA Tour rookie Cody Gribble claimed his first win on Tour at the Sanderson Farms Championship this weekend. Gribble, who won the 2012 NCAA Championships with the University of Texas, shot 20-under with a bogey-free final-round, including five birdies on the back nine. Over the weekend, he also led the field with 26 birdies and ranked first in total strokes gained and strokes gained putting.

Gribble has worn the Swoosh since his days as a junior golfer, went pro in 2013. He now wears the Nike Lunar Control 4.

DreamHost is ultimately one of the best hosting provider for any hosting plans you might require.