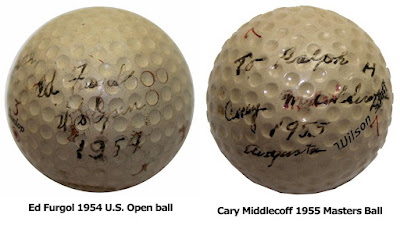 As all eyes in the golf world turn toward Augusta National Golf Club for the first major of the season, The Golf Auction is gearing up for its largest international online auction of the year

(TAMPA, Fla.) - As all eyes in the golf world turn toward Augusta National Golf Club for the first major of the season, The Golf Auction is gearing up for its largest international online auction of the year March 31 - April 10, 2016. 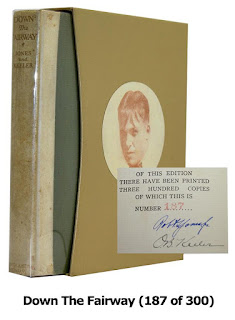 Dedicated solely to golf memorabilia and collectibles, The Golf Auction is accepting consignment items and calling all golf memorabilia buyers, sellers and collectors to participate in the 10-day online auction. The eight-year-old company, based in the Tampa Bay area, was founded by Kip Ingle, Aaron Behar and Kenley Matheny.

The Golf Auction previously auctioned off one of the few remaining Sunday tickets from the inaugural Masters Tournament in 1934, known then as the “Augusta National Invitational” Tournament, which sold for $31,987.25. Also, Lloyd Mangrum’s 1946 U.S. Open Champions Medal sold for $40,678.

This year’s online auction will feature a number of finds of great historical significance. They include championship-used golf balls from Arnold Palmer’s 1958 Masters win and Cary Middlecoff’s 1955 Masters win, along with Ben Hogan’s 1951 U.S. Open win and Ed Furgol’s 1954 U.S. Open triumph. In addition, the Middlecoff and Furgol balls are autographed, and Middlecoff’s also bears an inscription to Ralph Hutchison, the legendary golf pro who from 1947-1971 was the 18th green announcer at Augusta.

“Very seldom are golf balls offered to the collecting community that come from the winner in major championships,” Ingle says, “so we are particularly excited about these finds.”

Another highly historic collectible is a 1927 first edition of Down The Fairway, limited to 300 signed and numbered copies. The Golf Auction’s copy is triple-signed by Bobby Jones and co-author/Hall of Famer/sports writer and mentor O.B. Keeler. Thought by most to be the most important book on golf ever written, the majority of Down The Fairway’s collectible editions are double-signed by Jones and Keeler; this features a third autograph by Jones.

A preview of the items for this event begins one week prior to the auction going live. Registered bidders will receive email updates on special golf memorabilia that has been consigned to The Golf Auction.

The March 31-April 10 auction is not limited to online bidding only: bidders can text or call in their bids as well.