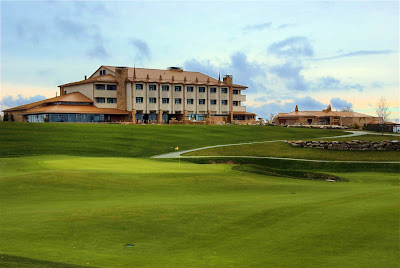 The 2016 season opening is a week earlier than normal and will run through Nov. 1, making it one of the longest in the history of the Pete Dye-designed course, which debuted in 1995 and is ranked among America’s “100 Greatest Public Courses” by Golf Digest.

New this year is an initiative to expand the game by allowing junior golfers under the age of 12 to play at no charge with a paying adult. This complimentary special is available the entire season and is good for one junior per each paying adult.

“The future of golf lies with our juniors. If we don’t have juniors playing, we’re not growing the game,” says Golf Operations Manager Zach Clabaugh. “We’re doing our part to help grow the game by allowing kids access to a top 100 facility in a way that makes it affordable for the whole family.”

Golfers who play Mystic Rock in 2016 will catch a glimpse of the facility’s future, as Pete Dye has returned to Nemacolin to build a second championship layout adjacent to Mystic Rock. Work is under way on the second course, which is yet to be named. At least nine holes of the new layout will debut in July 2017.

“Pete Dye is one of the nation’s foremost golf course designers. His existing design here at Nemacolin has earned national accolades and honors, and we’re excited to work with him on a second course that will no doubt be the talk of the golf world when completed,” Clabaugh says.

Adding to the Mystic Rock experience is its pro shop and luxury clubhouse, which operate out of the AAA Five-Diamond Falling Rock boutique hotel overlooking the 18th green.

Players whose game may be a little rusty can take advantage of the Nemacolin Golf Academy, a full-service academy with state-of-the-art TrackMan technology, for individual lessons, group lessons and club fitting.

For information on Mystic Rock or to schedule a tee time, contact Nemacolin at 866-399-6957or visit www.nemacolin.com.

Check out our review of Nemacolin Woodlands and Mystic Rock HERE.
Posted by Blogger at 4:58 PM