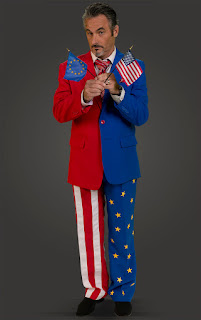 Tuesday from 7-11 a.m. ET, Damon Hack will report on-site at Hazeltine National for Morning Drive, which will include guests from the PGA of America, members of the national golf media, Minnesota Vikings players Kyle Rudolph and Chad Greenway, and Ryder Cup captains Clarke and Love during the four-hour expanded show. The live captains’ press conference is scheduled to air during the 10 a.m. ET hour. Golf Central will air a half-hour special Tuesday at 6:30 p.m. ET, featuring sit down interviews with the two captains. The show also will take a look back to the 2014 Ryder Cup.

Tuesday at 9 p.m. ET, David Feherty – one of the most recognizable and unique personalities in sports and newly announced NBC Sports golf analyst – will unleash his wit and unconventional interview style that has earned his show critical acclaim when he hosts a special Feherty Live stage show from the historic Orpheum Theater in Minneapolis, Minn. Feherty Live – Countdown to the Ryder Cup, will feature conversations with Clarke and Love. Viewers also will get a behind the scenes preview of the 2016 Ryder Cup at Hazeltine National.
Posted by Blogger at 10:24 AM