Poll Results: Have You Recorded a Hole-in-One? 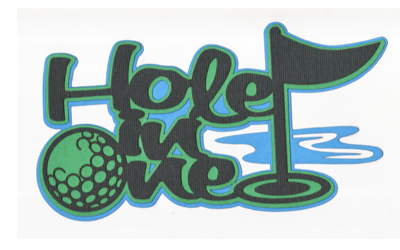 On the heels of Jordan Spieth's hole-in-one Thursday at the BMW Championship, I posted a Google+ poll asking, “Have you ever had a hole-in-one? Turns out 73 percent of us have not.

Funny thing is ... of the 27 percent who responded affirmatively, many have had multiple aces.

+Keith Bricknell will see Haynes’ three and raise, “4 all told, 2 went straight in with no bounce in or out. Luckily only one was during a competition. “

Speaking of competition, what could be better than winning something when carding an ace? +Mark Krysiak knows the feeling. “Had 3, one went in on the fly during a tournament & with that ace I won a car!﻿”

+DUN DEAL has two aces and has been with three others for their glory.﻿ Remind me to book a round with DUN DEAL!

Aces can come regardless of overall skill. If you can get the ball to the hole - in the air or on the ground - you have a chance of recording a hole-in-one. +Daryl Messenger is a prime example.

“[Two] aces. [First] when I was a three month newbie: Par 4 Hole 9 - 234 yards, 3iron, The Lakes at El Segundo. [Second] a few weeks ago: Par 3 Hole 12 - 152 yards, PW wedge, Westchester,” Messenger wrote. “Happened so fast the first time, thought this game was going to be easy. Years later, thousands of dollars spent, ungodly amount of time waisted, opportunities missed, I get my second one at a short par3. ROI is untenable.”

Haha ... Could not have said it better myself.

Like most of you, I’ve never had an ace. I had a two-week stretch where I came within inches three times. I figured one would go in, eventually, but have had no such luck up to this point.

It’s been suggested that those with lower ball flight have a better chance to card an ace than those who fly the ball high. I’m not sure that’s been scientifically proven, but I do fall in the latter category, so I can’t disprove the statement.

+Jason Thompson feels my pain. “No and dirty. Have come within an inch to and inch and a half on nine occasions. And it hurt even more with my last close call when one of the players I was paired with put his in the hole the shot before me.

“[Two] of us went into applause mode and ready to shake hands with Tom when our fourth (Tom’s friend) turned to us as said ‘don't worry, he stopped celebrating them after his [eighth] hole-in-one.’ We looked at him and said how many has he hit. His friend, Peter, looked at us straight in the eye and said ‘that's his 11th.’ A second later, Tom turned to his friend and said, “No, it’s my 12th. You didn't play with me last week.’ He then smiled and headed down to the green to pull his ball out of the cup. I’m still laughing over his lack of excitement﻿.”

Twelve aces??? Just ONE before I die, please!

+Vipul Gidda aced the 11th hole at Stony Creek Golf Club in Noblesville, Indiana - a 135-yard par 3-  nine iron on July 8, 1993. Details. He accomplished the feat in front of his dad, who has had five aces.﻿

+skpknight voted no, but then recalled, “Oh wait, I did ace the 18th at Davy Crockett's mini golf in Gatlinburg last June. Does that count?﻿”

+Aaron Allen (Thebronz), who has come close “a bunch of times ... almost had a heart attack, lol” correctly answered skpknight - “No, it doesn’t count.”

Into every life, a little rain must fall. That rain cloud came in the person of +Kim Petersen.

Everyone is entitled to their opinion, of course. That said, I have to disagree with the “nothing special” comment. Yes, many holes-in-one are either lucky or not as we planned, but they’re so rare, I think all of them are special - whether it’s your first or 12th.

It takes a great amount of skill to consistently get the ball near the hole from any distance. And, sure, it takes a lot of luck to find that tiny hole many yards away. But my hat goes off to all of you who’ve joined this club. Hope there’s room for me when (not if) I card my first ace.
Posted by Blogger at 10:38 AM