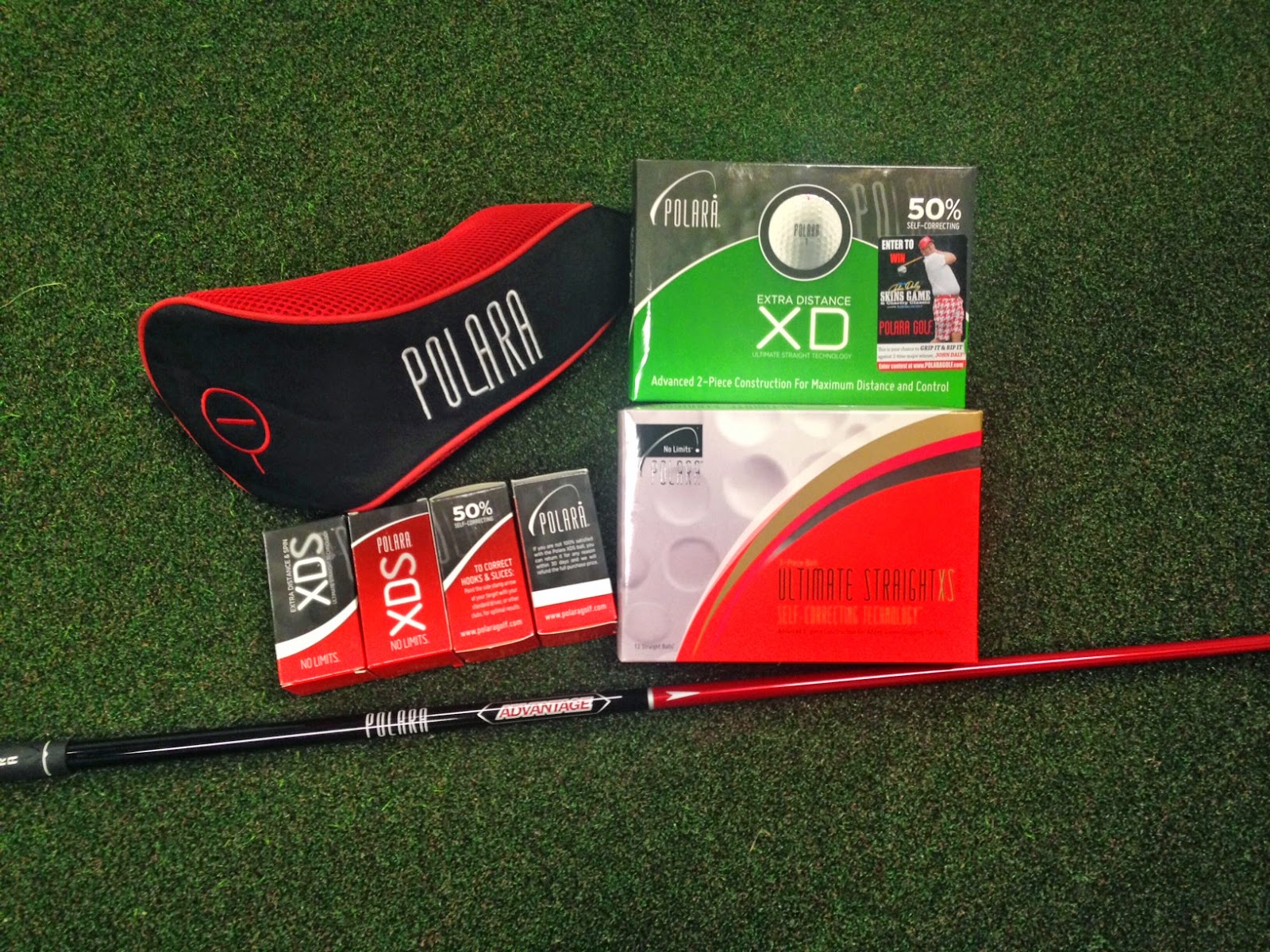 When a package from Polara Golf arrived, I opened it with a certain amount of skepticism. We’ve all heard claims of products that will cure one problem or another - both in and out of the golf industry - but they generally fall well short of the hope the promise. Was Polara Golf going to follow suit?

The claim: Reduce your hook or slice by 50-75 percent with one-of-four balls - the Ultimate Straight, Ultimate Straight XS, XD and XDS. Could it really be as easy as this to correct an ugly flight pattern and provide much-needed accuracy? Here’s Polara Golf’s pitch:
"The secret behind our self correcting antislice golf ball technology is all in the dimple pattern. Our accuracy golf balls have shallower dimples around the equator and deeper dimples on each pole. When a Polara golf ball is flying in its preferred orientation with the alignment arrow pointing directly towards the target (this orientation is also known as “poles horizontal” or PH) the Polara ball exhibits significantly lower lift (and lower drag as well) than a normal golf ball. This reduction in lift translates directly into a reduction of the force tending to cause the ball to curve from a straight trajectory, resulting in a hook or slice."

I took to the course to test Polara Golf’s claim. While there, I was going to kill two birds with one stone and sample a pair of the company’s drivers, as well. In my bag were the 10.5-degree and HL1 Advantage Drivers. Polara also offers a 12-degree and HL3 driver.

First up: The XD ball and 10.5 driver. The swing wasn’t great, but the ball stayed straight. More amazing, I thought, was that I carried a hill that generally catches similar efforts. Longer AND straighter? No way.

Same held true for the Ultimate Straight XS and HL1 driver. The ball not only stayed online, but also added much-welcomed yardage.

Not unlike my high school years, I had failed to do enough homework. As it turns out, the Advantage Drivers have been deemed illegal by the United States Golf Association, exceeding the game’s governing body’s ball velocity limits due to their ultra-thin, beta-Titanium face, which is lighter, stronger and more resilient than standard Titanium drivers. This creates the “trampoline effect” that provides explosive distance ... but also an “unfair” advantage for those who utilize such equipment.

As you may suspect, the Polara balls are also not approved by the USGA. This from the USGA website:
"In 1980 the USGA adopted the Symmetry Rule, which was modified in 1990 and is enforced by both a performance test, which has changed over the years, and a litmus test of intent. The basic tenets of the Rule remain the same now as then:
1. The ball must not be designed, manufactured or intentionally modified to have properties that differ from those of a spherically symmetric ball.
2. The intent in design to produce a ball that would perform in an asymmetrical way would itself be sufficient to consider the product non-conforming."

What does all this mean? If you’re playing in a USGA event or going to submit your score to a USGA-approved handicapping system, you cannot use the Polara balls or drivers. I’m guessing that applies to less than 10 percent of the golfing population.

If you’re just out for a casual round of golf with friends, all Polara equipment is certainly approved for recreational use.

For more information on these products, visit www.polaragolf.com.
Posted by Blogger at 8:00 PM