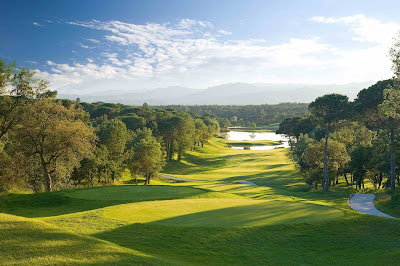 The 6,705-metre course, which hosted the 2014 Open de España, has risen one place from 5th to 4th in the magazine’s new Continental rankings, one of the oldest and most authoritative in European golf, reinforcing the Resort’s position as the current European Golf Resort of the Year*.

The Stadium Course is the highest ranked Spanish course in the revised listing, which is published in the November 2015 issue of the magazine.

Julio Delgado, Chief Executive of PGA Catalunya Resort, a European Tour Destination, said: “Our rise in Golf World Magazine’s rankings further enhances the reputation of the Stadium Course as Spain’s No.1. During the first six months of this year we saw a 15% rise in international visitors, playing both the Stadium and Tour courses, and further accolades such as this will only encourage more golfers in the future.

“We continue to invest in PGA Catalunya Resort to further enhance the experience for members, visitors and our growing community of property owners, and we have exciting plans for the development over the coming months and years.”

Commenting on the decision to rank the Stadium Course highly, Golf World Magazine editor, Nick Wright, said: “Every time I visit PGA Catalunya Resort, I’m always impressed by the passion and attention to detail displayed by the entire green-keeping and course management teams. They literally leave no stone unturned in their quest to present the course in optimum condition. But equally important is the club’s approach to visitors. You won’t find a more welcoming and comfortable to play golf in Europe. They have the balance just right in terms of creating a truly memorable golfing experience. I always look forward to returning.”

Less than an hour’s drive from the vibrant city of Barcelona and only 20 minutes from the Michelin-starred restaurants of Girona, the 36-hole resort has consistently ranked among the 10 best European golf venues since it opened in 1999, attracting discerning golfers, international elite amateur teams and professionals, as well as major international events, including three Spanish Opens, the 1999 Sarazen World Open and European Tour Qualifying School Final Stage events since 2008.

* As voted by the International Association of Golf Tour Operators
Posted by Blogger at 9:03 AM