Poll Results: How Many Wedges Do You Carry?﻿ 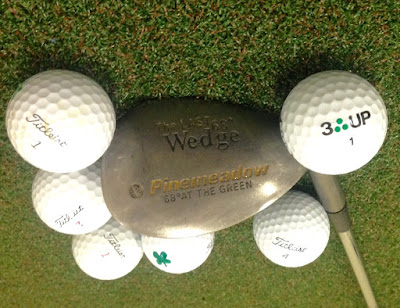 Everyone knows you “drive for show and putt for dough.” But what about in between? Your approach shots - especially those within 125 yards of the green - are what sets up those makable birdie putts.

Cleveland Golf thought so much of this part of the game that they began an initiative - #OWN125. When I think of Cleveland Golf, I think of wedges, so I’m a huge proponent of their scoring clubs.

I’m in the majority!

In the past, off-the-shelf sets sold generally came with a pitching wedge and sand wedge. With the specialization of wedges today, however, that’s no longer the case. The rise in popularity of the gap and lob wedges has changed the way even weekend warriors view their clubs.

Forget about what we call these clubs, because you can find them in just about any (even-numbered) loft between 46 and 64 degrees. Heck, I’ve even got a *68-degree wedge!

Breaking down the numbers, only one person who answered the poll does not carry any wedge. Somewhat surprising. Wonder how well they hit their 9-iron out of a green-side bunker?

On the other end of the spectrum, I suspect the 22 percent who carry more than three wedges are really good players.

+robin dale suggested Frankl “Get a 60 with a double grind bounce and you can pitch that 64.﻿”

*Editor’s Note: The 68-degree Last Wedge (pictured) is now more of a point of conversation than an actual, useful club.
Posted by Blogger at 11:23 AM