(Romeoville, IL) - After two years of course construction that resulted in a substantial face-lift, owner Jim McWethy looks upon Mistwood Golf Club in suburban Chicago with satisfaction and pride because the golf world has noticed. 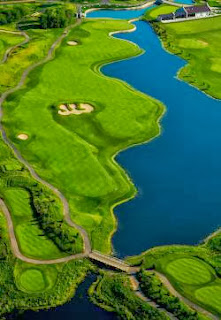 GOLF Magazine has awarded Mistwood with its "Best U.S. Renovation You Can Play" honors for 2013.

The recognition comes as part of GOLF Magazine's annual Best New Courses 2013, which is published in the January 2014 issue. The article features the top new courses and renovations both in the U.S. and internationally.

"It is a tremendous honor to be selected as the Best U.S. Renovation You Can Play by GOLF Magazine and to be recognized alongside so many great courses," McWethy said. "We wanted to elevate Mistwood into the ranks of the best courses in the Midwest, and this award is a testament to the vision and quality of work that architect Ray Hearn and our team performed on this project. I could not be more proud of what we have accomplished."

GOLF Magazine concurred in its appraisal with the selection.

"The result? Mission accomplished. Mistwood may have been young for a face-lift, but this beauty is ready for its close-up," the magazine reported.

The magazine also talked about Hearn winning the same renovation award for his work at Chicago's historic Flossmoor Country Club in 2009.

Hearn, who has a strong reputation for his course and renovation work, first completed the Mistwood project in 1998. Thirteen years later the course was ready for some upgrades and improvements.

"We fine-tuned and polished a gem," Hearn said.

Renovation work was performed on every one of Mistwood's 18-holes, with a focus on improving shot value and strategy. The most noticeable was at the par-5 third hole where the green has been relocated to create space for a future clubhouse and a double fairway for risk-reward. The creek that used to be in front of the green is now behind it, and it has been expanded with a pond guarding the entire right side of the hole.

Mistwood's renovation also included the addition of 20 stacked sod-wall bunkers, a trademark hazard for courses in Scotland and Ireland, and now a signature feature at Mistwood. Many of the courses' lakes and bodies of water were also expanded making them a strategic factor on several holes.

In addition, new beautiful Lannon stone walls were added along holes 3, 7, 8, 9 14, 15 and 16 to add some stunning visuals for golfers to experience. Other improvements included repositioning tee boxes and bunkers, adding new high quality bunker sand, lengthening the course to 7,040 yards, and adding fescue grasses throughout the course.

"I am extremely proud of my redesign work at Mistwood," Hearn said. "In my 27-year career I would definitely rank this project as one of my favorites and owner, Jim McWethy, as one of the most passionate individuals I have worked with."

McWethy has made extraordinary major facility improvements since taking ownership in 2004. In addition to the work on the course, the creation of the new Performance Center, with its indoor-outdoor hitting bays, elite swing technology, and custom club fitting, has been the talk of Chicago area golf.

"A big part of this renovation and expansion was due to my love of the game," McWethy said. "Mistwood is now truly a must-see, must-play golf course and stands among the elite golf courses in the Midwest."

For more information visit www.mistwoodgc.com.
Posted by Blogger at 7:59 AM